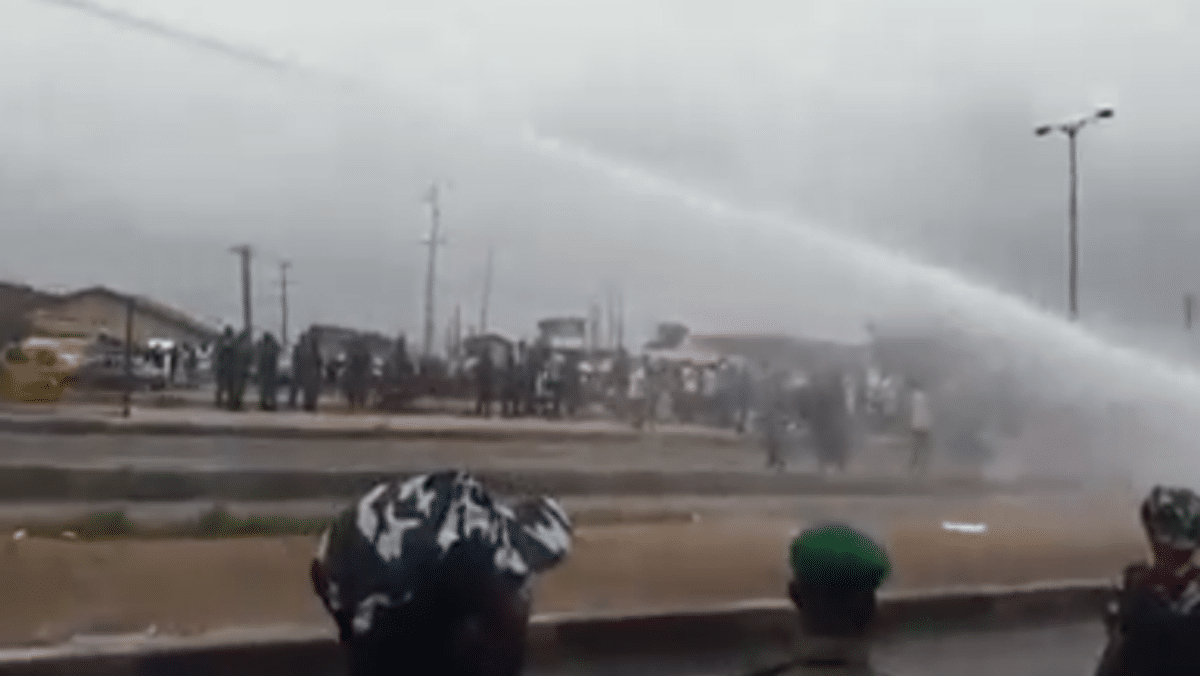 Despite heavy presence of armed policemen and soldiers around Gani Fawehinmi Park, Ojota, Lagos, agitators of Yoruba nation have started coming out in their numbers.

They are chanting diffrent kinds of freedom songs, including, “No going back,” “We want Oodua Nation,” among others.

So far, the rally is going on peacefully without harassment from security agents.

MlSome of the agitators who spoke to newsmen stated that it is time to have a separate nation for the Yoruba ethnic group because they don’t have anything in common with the other ethnic groups in Nigeria.

The Lagos State Commissioner of Police, Hakeem Odumosu, addressed journalists at the venue saying no rally is allowed in Lagos.

Meanwhile, other reports say Gunshots have been fired by policemen present at the Gani Fawehinmi Park in Ojota, Lagos.

Some Yoruba nation agitators who dared the security operatives spread banners and flyers to announce their arrival and presence.

A few minutes later, Shots were fired, hot water from an armoured tank was sprayed to disperse them.

The punch reports that some of the agitators were seen getting dragged into an armoured tank by policemen.

Police, NSDC, Cordon off Ikorodu Road, Others Over planned Protest.