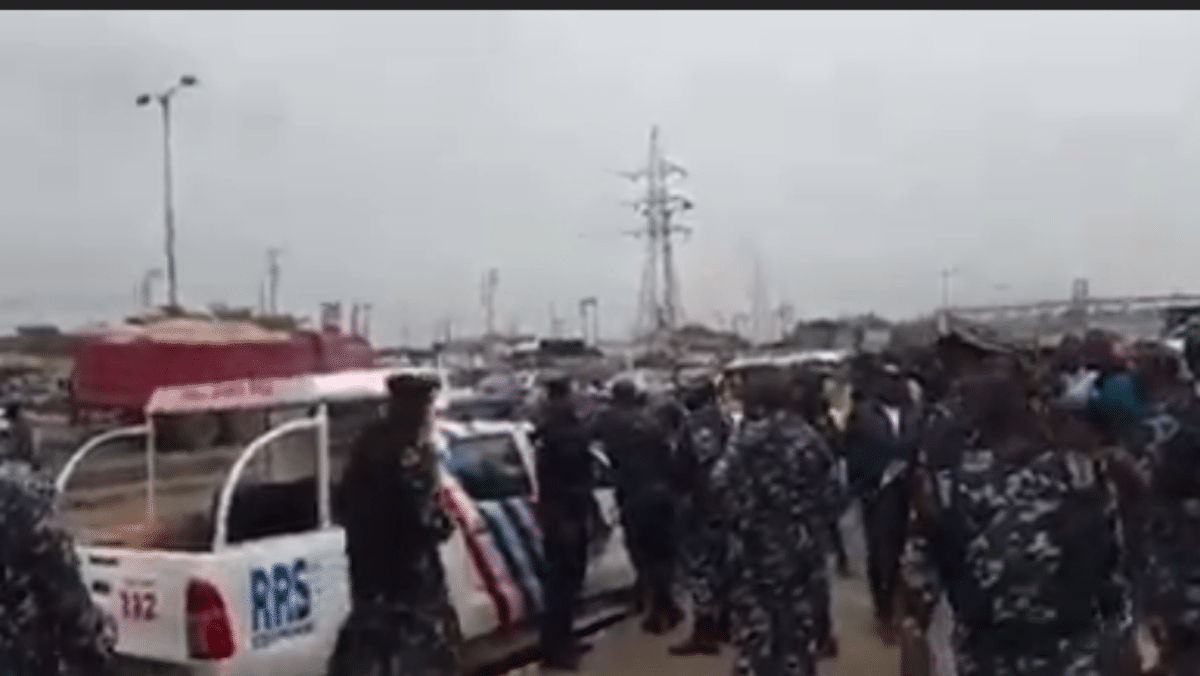 We didn't Fire a Single Live Bullet at Ojota Rally"-Police

There are allegations making rounds, suggesting that a 14-year-old girl may have been killed by a stray bullet from the police during the Oodua Republic Mega rally which held at Ojota area of Lagos on Saturday.

But in a swift reaction, the Lagos State Police command exonerated its personnel of culpability, stating categorically that no bullet was fired at the rally.

The lifeless body of the 14-year-old girl was reportedly discovered in front of her mother’s shop, about 15 to 20 meters from where the Police team was with her stomach and wrist allegedly perforated by a bullet.

Reports say that the Commissioner of Police, Lagos State Police Command, CP Hakeem Odumosu, visited areas mapped out for the rally, by the organisers to ensure adherence to his earlier warning that the command would not entertain any rally in Lagos.

On arriving Ojota, he was said to have addressed some journalists who were on ground to monitor the situation.

At that point, some protesters who posed as journalists gathered to hear the CP.

Immediately he left the scene, the protesters mobilised and started singing praises of Sunday Igboho and Yoruba slogans in solidarity of the Yoruba race.

At that point, a team of policemen stationed at Ojota, fired water cannon first, to disperse the protesters.

But when that didn’t achieve its purpose, they fired tear gas canisters, which forced the protesters and journalists to take to their heels.

However, some protesters said the policemen also fired gunshots into the air, apparently to disperse the protesters, an allegation which the Lagos State Police Command has completely denied. It described the alleged killing of the teenager by police stray bullet as rumour.

The command in a statement signed by its image maker, CSP Muyiwa Adejobi, said, ” the attention of the Lagos State Police Command has been drawn to news making rounds that a 14- year-old girl was hit and killed by police bullet today July, 3,/2021 at the venue of the Oodua Republic Mega Rally in Ojota, Lagos. “The Command hereby wishes to debunk the rumour and state categorically that it’s a calculated attempt to create confusion and fears in the minds of the good people of Lagos State and the country at large.

“The Command did not fire a single live bullet at Ojota rally. The said corpse was found wrapped and abandoned at a distance, far from Ojota venue of the rally, behind MRS Filling Station, inward Maryland, on the other side of the venue, with dried blood stains suggesting that the corpse is not fresh. “After a close look at the corpse, a wound suspectedly sustained from a sharp object was seen on it. “The news is false and mischievous.

See also IPOB has no plans to Attack Lagos-Nnamdi Kanu

“The Command, therefore, urges the general public to disregard the news and go about their lawful normal daily activities while investigation to unravel the incident will commence immediately.

“The Commissioner of Police, Lagos State, CP Hakeem Odumosu, therefore commiserates with the family of the found deceased and assures that thorough investigation will be carried out.

“The Command equally wishes to warn against the spread or peddling of fake and unconfirmed stories as such could be dangerous and counterproductive”.