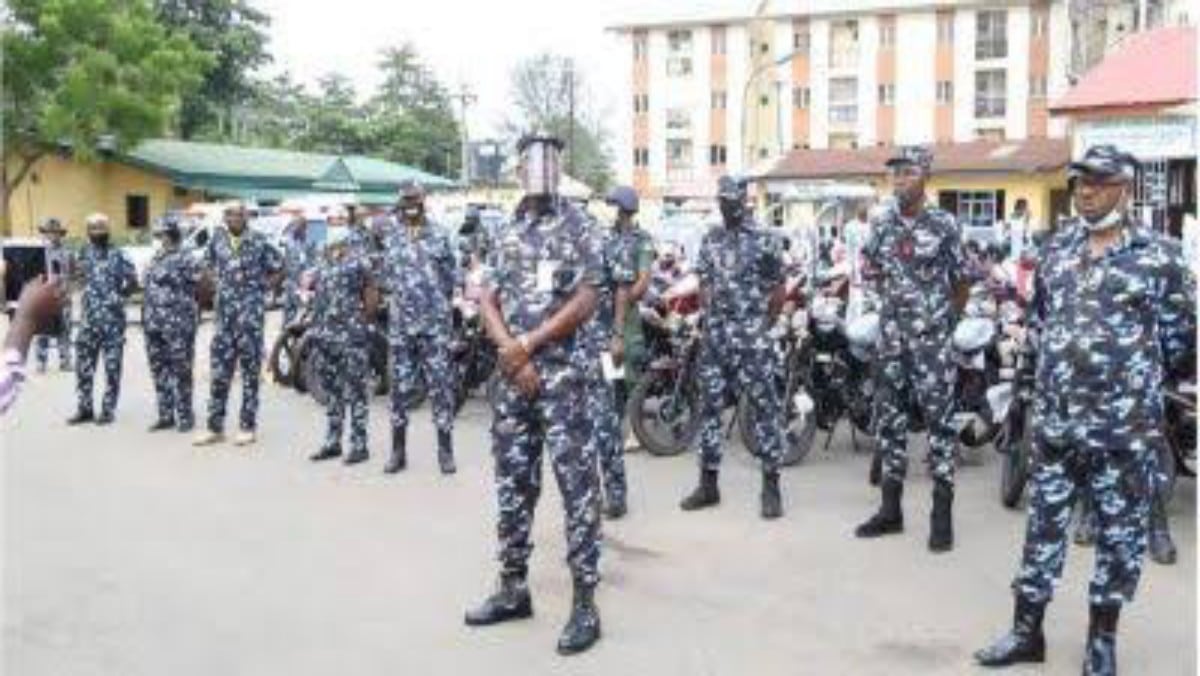 As part of measures to ward off people gathering at the Gani Fawenhimi Freedom Park, Ojota, Lagos, venue of today’s, Saturday planned mega rally by Oodua Republic secessionist agitators, armed Policemen and men of the Nigeria Security and Civil Defence Corps, NSCDC, and others have cordoned off some parts of Ikorodu Road and environs, resulting in heavy traffic around the axis.

The Vanguard reports that as at 8 am, motorists and other road users have been advised to ply alternative routes to their destinations to avoid been caught up in the building traffic as a result of several road blockade, especially along Ikorodu Road.

Lagos State Commissioner of Police, Hakeem Odumosu is leading the police team on patrol, while NSCDC Lagos. Commandant, Eweka Okoro is leading the corps around strategic areas to prevent any form of gathering by organisers of the rally, being led by Sunday Adeyemo, popularly called “Sunday Igboho,”

Recall that on Friday, the Lagos State Police Command and other security agencies embarked on Show of Force around state to confirm their preparedness and commitment to continuous protection of lives and properties of residents and sent a warning signal to the organizers of the said mega rally or any group of persons planning to stage any rally or procession in the state despite the warnings issued during the earlier joint press breifing by t Lagos State, CP, Odumosu and the Commissioner for Information and Strategy, Mr Gbenga Omotoso.

The Command and the Government of Lagos State had warned the organizers of the planned Oodua Republic Mega Rally, scheduled for Saturday, 3rd July, 2021, at Gani Fawehinmi Freedom Park, Ojota, Lagos, to steer clear of Lagos State, considering the available intelligence reports on the planned rally and to forestall any breakdown of law and order.

Odumosu stressed that Lagos State can not afford to record and experience the violence orchestrated by some individuals during the 2020 Endsars protest that led to massive destruction of lives and properties in the state.

The command still reiterated its stance that anyone caught participating or facilitating the so-called mega rally in Lagos State will be dealt with within the ambits of the law.

Meanwhile, the point of convergence at Ojota, and other areas such as Ketu and Ogudu are calm as armed security agencies have taken over the areas, assuring road users and residents of safety as they go about their normal legitimate businesses.

As early as 6.30 am, security personnel were sighted on patrol around Ikeja area to prevent any breakdown of law and order.

“We risked our Lives to Stop Matawalle From Defecting to the APC.