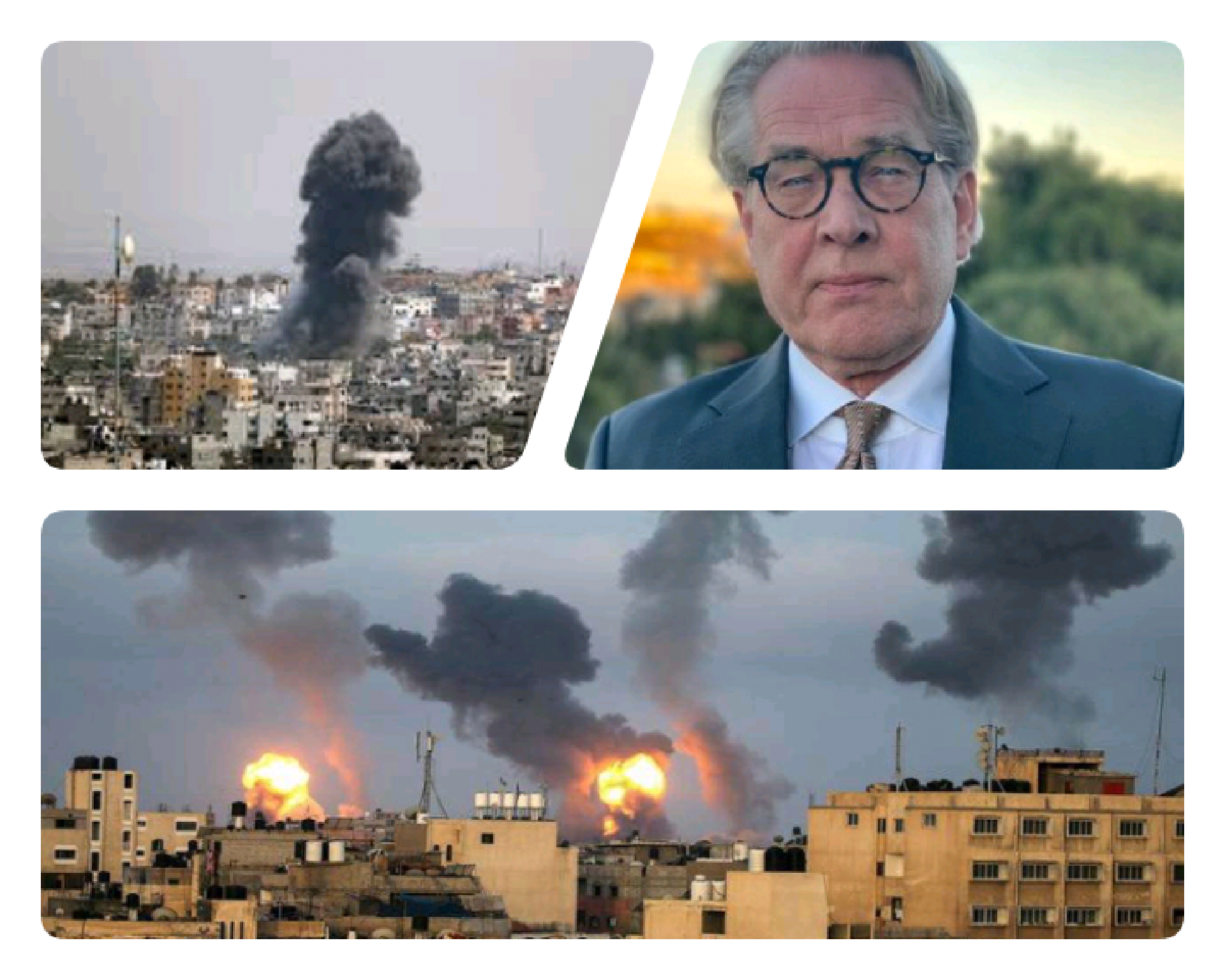 Hostilities between Israel and Hamas escalated on Tuesday, raising the death toll in two days to 32 Palestinians and three people in Israel, with Israel carrying out multiple air strikes in Gaza and the militant group firing rockets at Tel Aviv.

The Reuters reports that’s many state infrastructures have been damaged; including a 13-story residential building in Gaza which collapsed after it was hit by an Israeli air strike, one of hundreds that Israel said it had carried out against Hamas targets.

They were the most intensive aerial exchanges between Israel and Hamas since a 2014 war in Gaza, and prompted international concern that the situation could spiral out of control.

U.N. Middle East peace envoy Tor Wennesland tweeted: “Stop the fire immediately. We’re escalating towards a full scale war. Leaders on all sides have to take the responsibility of de-escalation.

“The cost of war in Gaza is devastating & is being paid by ordinary people. UN is working w/ all sides to restore calm. Stop the violence now,” he wrote.

Into the early hours of Wednesday morning, Gazans reported their homes shaking and the sky lighting up with Israeli attacks, outgoing rockets fired by Hamas and Islamic Jihad, and Israeli air defence missiles intercepting them.

Israelis ran for shelters or flattened themselves on pavements in communities more than 70 km (45 miles) up the coast amid sounds of explosions as interceptor missiles streaked into the sky. Israel said hundreds of rockets had been fired by Palestinian militant groups.

In Tel Aviv, air raid sirens were heard around the city. For Israel, the militants’ targeting of Tel Aviv, its commercial capital, posed a new challenge in the confrontation with the Islamist Hamas group, regarded as a terrorist organisation by Israel and the United States.

Sound Sultan undergoes Chemotherapy as he battles with throat cancer.