"We risked our Lives to Stop Matawalle From Defecting to the APC.
Advertisement 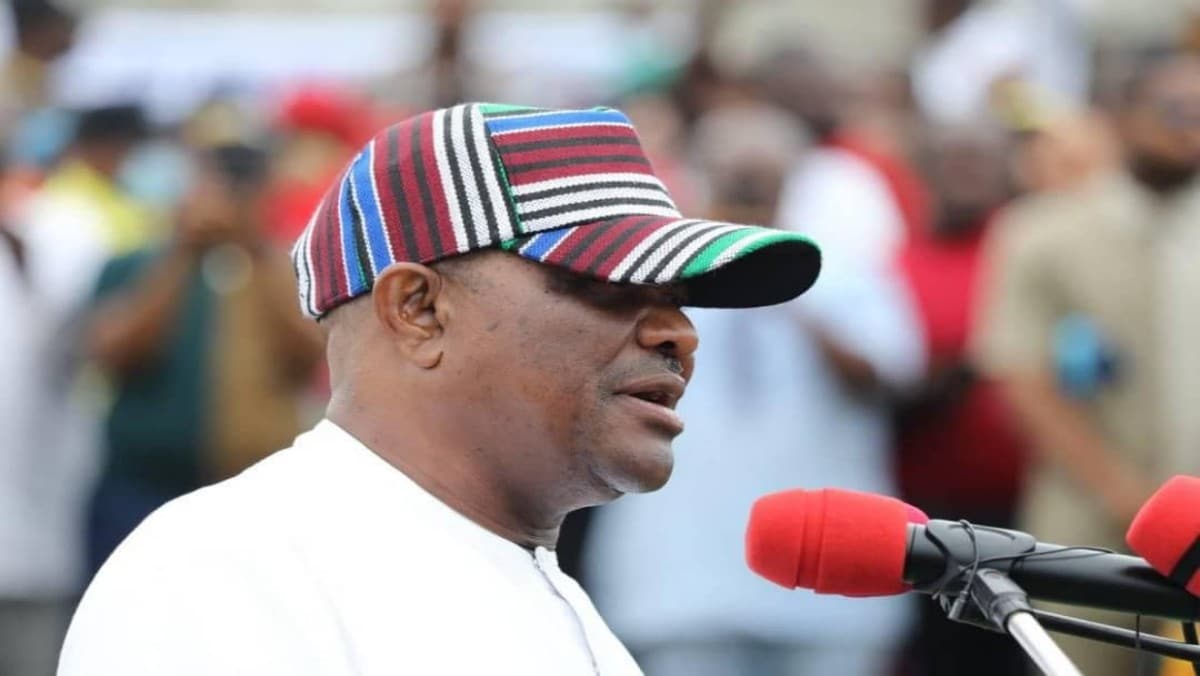 The governor of Rivers State Chief Barrister Nyesom Wike has taken a swipe at Matawalle (Governor of Zamfara State) for betraying the People’s Democratic party.

He said PDP governors risked their lives by travelling on what he described as, “very terribly bad road” from Sokoto to Gusau, the Zamfara State capital, to appeal to Matawalle not to leave PDP.

Wike spoke during an interview with ARISE NEWS Channel, the broadcast arm of THISDAY Newspapers.

He stated that none of the three governors who have so far defected to APC have told Nigerians why they left PDP, adding that they left to seek political relevance and protection from prosecution from the Buhari administration.

See also “As from today, I have dumped the Peoples Democratic Party and joined the All Progressive Congress.

He said: “I have never taken such a risk in my life, flying down to Sokoto with my colleagues and travelling by very bad road from Sokoto to Zamfara and of course the issue of insecurity for three hours. We went to see our colleague and you can’t understand what your colleague was saying.”

“PDP went to court to say that the APC did not fulfil the Electoral Act; they did not comply with the provisions of the Electoral Act because INEC said there was no primary and INEC said every party must conduct primary,” he added.

Wike, however, was optimistic that many APC bigwigs will defect to the PDP as the 2023 general election approaches, adding that he will not advise anyone to defect from the APC to PDP now because not everyone can face the persecution of the APC-led federal government.

He said: “So, many people in APC cannot now openly defect to PDP. You must be very careful with fear of being hunted; for fear of now going to the Economic and Financial Crimes Commission (EFCC); it is not easy but I can tell you, you will see what will happen as we move next year towards going to the period when Buhari’s tenure will expire.“You will see.

“Many people will come out at that time; the president will not have anything to do. But if anybody tries it now, then you must be prepared to face the consequences, so it’s not easy.”

Governor Bello Matawalle of Zamfara State had recently announced his defection to the All Progressive Congress, saying that he is now the leader of the party in the state.

Speaking at a grand rally on Tuesday at the Trade Fair Complex Gusau, Matawalle said that he had been nursing the ambition of leaving the Peoples Democratic Party for several reasons.

He said, “As from today, I have dumped the Peoples Democratic Party and joined the All Progressive Congress.

“I’m now the leader of APC in Zamfara State and I am ready to work with each and everyone wishing to contribute to the rapid development of the state”.

Speaking at the occasion, the National Caretaker Committee Chairman of APC, Alhaji Mai Mala Buni congratulated Matawalle for defecting to the party.

Police, NSDC, Cordon off Ikorodu Road, Others Over planned Protest.