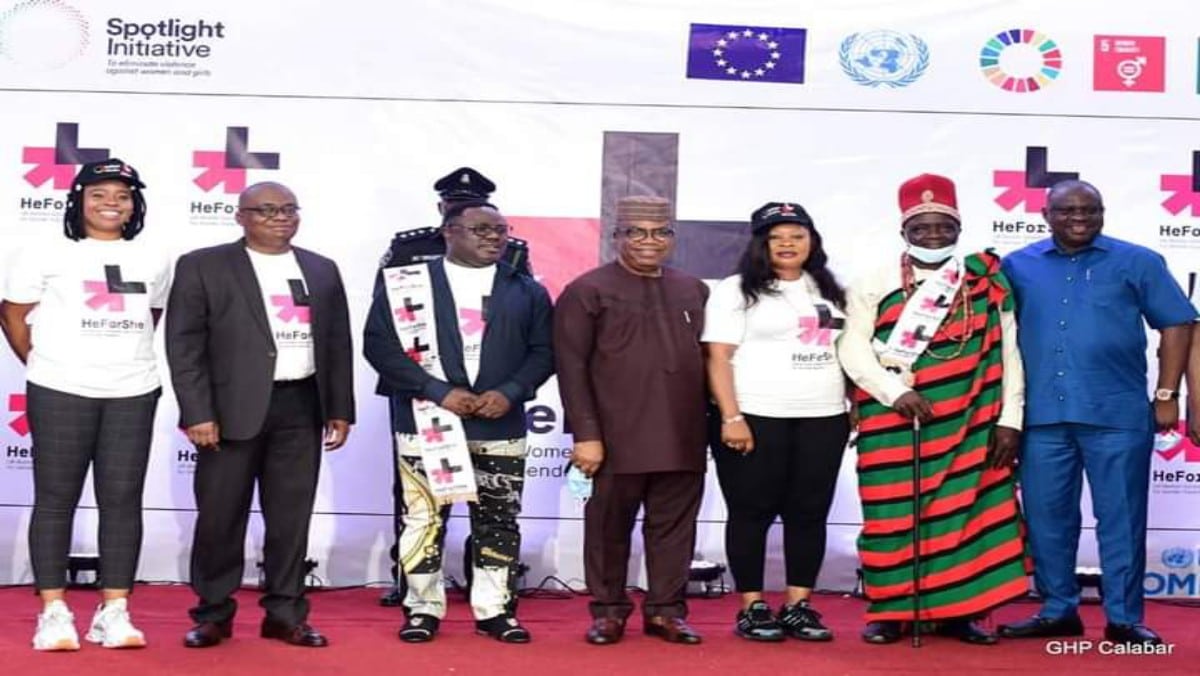 Cross River state governor, Professor Ben Ayade has decried all forms of violence against women, including subjecting them to brutal birth control.

The governor spoke Tuesday during the launch of the HeforShe campaign, a United Nations’ initiated global solidarity movement for advancement of gender equality, at Transcorp Hotel, Calabar.

See also “Why I Joined the APC” – Ayade.

Ayade who was honoured at the occasion as HeforShe Ambassador took a swipe at donor agencies for inflicting on women “silent violence” through birth control mechanisms.

He also argued that men should equally be subjected to birth control through castration because “when it comes to family planning, it is the women that take the injections, take the implants and this is violence against women.If you want a holistic population control, castrate the men”

“Why do you allow women who give birth only once in nine months take all the medication? Why has research always been against women? As United Nations, you must recognise the fact that every single drugs you take must have a cumulative side effects.

“I think that silent violence against women should be what we champion today going forward, including the UN itself and so many international agencies who believe that all financial aid to Africa will be useless unless our population is controlled”, he quipped.

He called on the United Nations to boldly speak out against violence against African women through birth control.

“I wonder why the UN has not seen this as gender violence towards women. I think that the UN must take it very seriously.

It is not sufficient for us to come and pay lip service to the issue of gender violence, gender violence is a celebrated issue across the world and everyone of us are involved”, he said.

Speaking, the Paramount ruler of Obanliku in Northern Cross River, His Royal Majesty, Uchua Amos Uyimulam who was also honoured as HeforShe Ambassador in recognition of his dogged fight against “money wife”, a slavish marriage practice in his domain against young girls, called for the abolition of all cultural practices that limit women’s right.