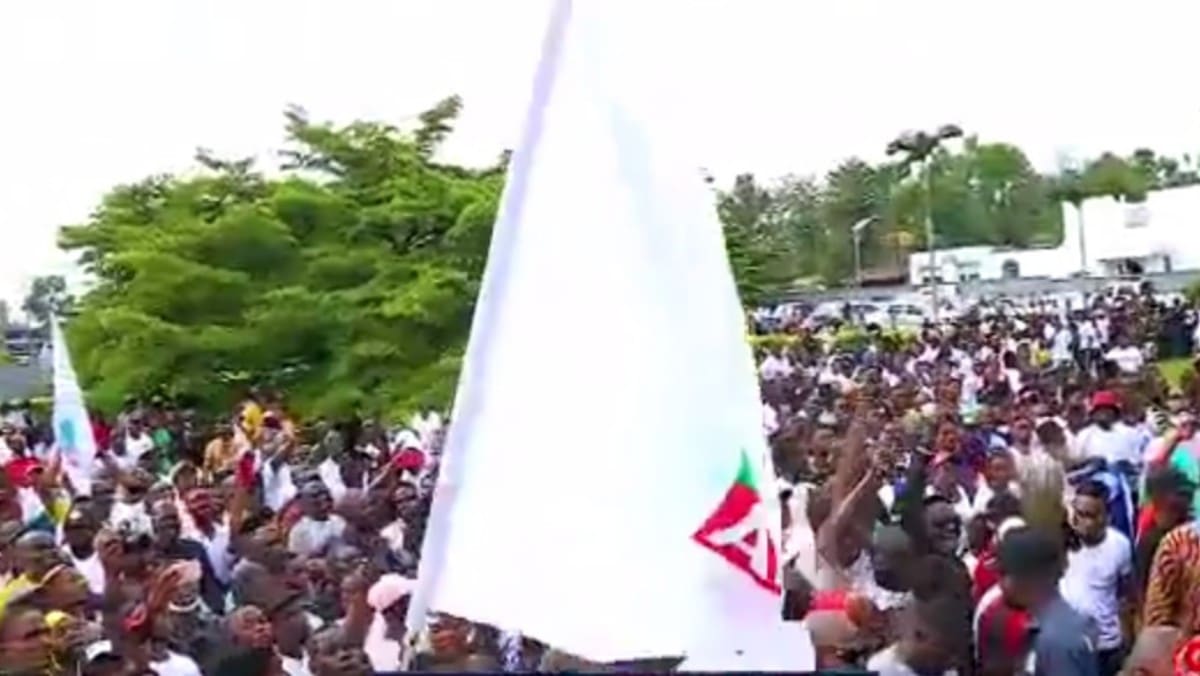 The governor of Cross River State Prof Benedict Ayade has carried out his first rally since joining the All progressive Congress APC. The rally took place in Calabar.

Thousands of people turned out to cheer the governor up as he addressed them. Opinions had always suggested that the people of Cross River weren’t happy with the Governor for leaving the PDP, but the crowd that showed up at the venue of the event suggests otherwise.

In his address, the governor restated his reason for joining the APC. He said that the state wasn’t one of the rich states and therefore needed to “socket to the center”

“As a state we are 35 out of 36 in terms of revenue allocation, cross River State is reduced to want in body, in spirit and in soul. I inherited a government characterised by this challenge. It’s is natural for me to recorgnise the challenges that besets me as governor”. He said

The governor who’s usually refered to the “digital governor” went on to narrate how difficult and almost impossible it was for the state to exploit the vast oil and gas reserve available to the state without connecting to the center. He said “In Bakassi you have oil, in Biase you have oil, in Odupkani you have oil, in Ogoja you have Oil, in Yala you have gas, but you can’t exploit them. The huge amount of money required for you to do full exploitation of this hydrocarbon is quite high, is beyond the carrying capacity of the finances of this state. You need to socket to the centre to bring Value to your state”.

The governor stated that he only joined the APC in order to draw maximum economic benefits to the people of the state. “A party is a vehicle, the appropriate vehicle that will economic benefit of being a Governor is the APC”, he said to the crowd.

The governor also declared his full confidence in the president of Nigeria, President Mohammadu Buhari.