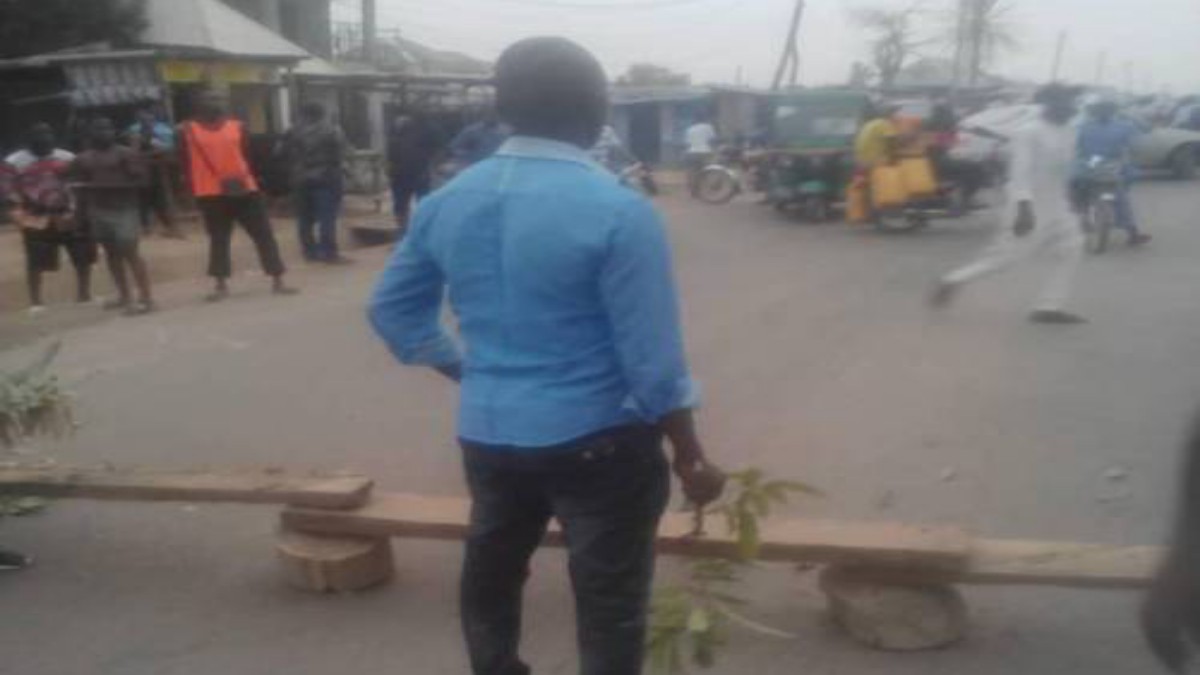 According to SaharaReporters, many residents of Chukuku in Kuje Area Council in the Federal Capital Territory (FCT) Abuja blocked the Gwagwalada-Kuje Road on Thursday morning to protest the community’s ongoing kidnappings.

As early as 6:00 a.m., protesters barricaded the road connecting Gwagwalada and Kuje, preventing human and vehicular movement in the area.

According to SaharaReporters, residents became enraged following the kidnapping of four people, including two women, in the community on Wednesday night.

The gunmen were said to have raided the village in a Gestapo-style raid, shooting sporadically as residents scurried for safety.

This comes just a few days after kidnappers stormed the Yangoji community in Kwali Council, kidnapping two women and killing their father.

Also, a young man was kidnapped in Petti village for three days but released after the payment of N3 million as ransom.

Angry residents who are disturbed by the rate of killings, abductions and rustling in their communities vowed not to allow any vehicle on the road until the government addressed the security situation in the area.

The residents blamed security agents for not being proactive in combating the menace despite the intelligence report being made available to the police.

In a video obtained by SaharaReporters on Thursday, the motorists were seen tuning back as protesters insisted that no one would be allowed in and out of the community.

Chukuku is a few kilometres away from Kuje, the headquarters of Kuje Area Council which has become the epicentre of abductions in the nation’s capital.