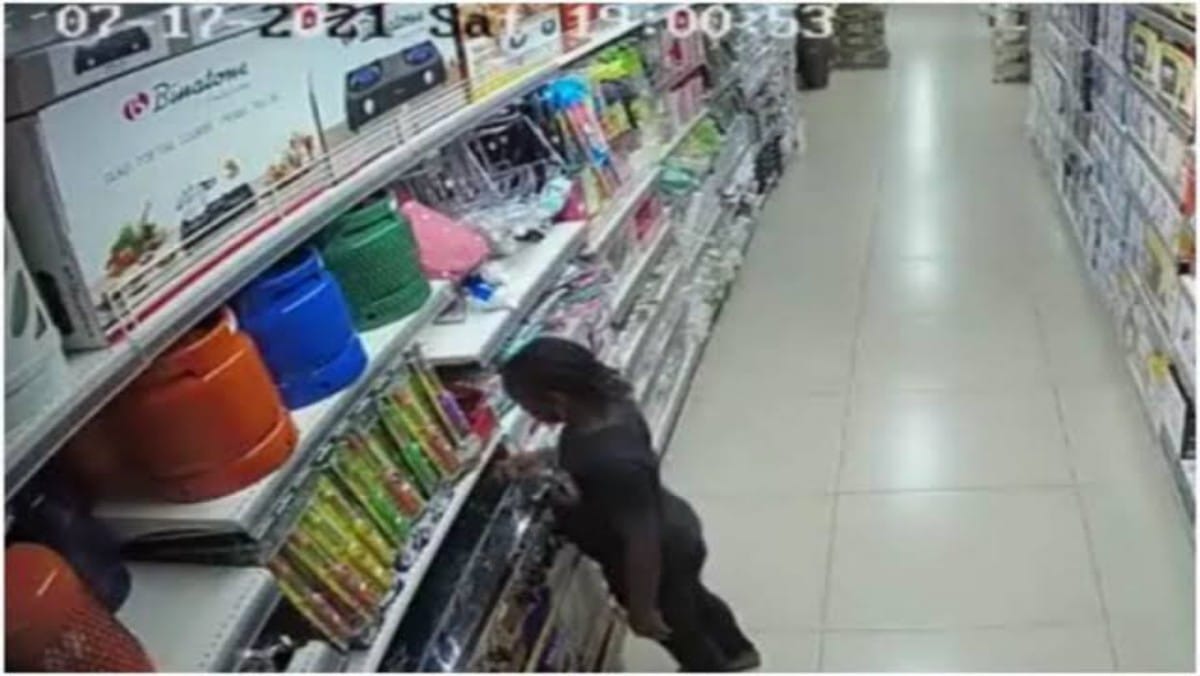 The Ebeano Supermarket Lokogoma in the federal capital territory has become viral, as a closed circuit television shows how a young girl set fire to the million-Naira Shopping Center.

In the footage our seen on line on Monday, the

girl, dressed in a black top and a pair of jeans, could be seen walking to a section of the supermarket where gas cylinders and electric cookers were kept. She, afterwards, picked up a lighter and lit an item there and walked away.

Moments later, the three females were seen outside where sympathisers had gathered. In the footage, one of them was seen smiling.

The Acting Director, Federal Capital Territory Emergency Management Agency, Mrs. Florence Wenegieme, said, “The FCT Fire Service that was the lead agency involved during the emergency is still carrying out its investigation, especially as the video surveillance has gone viral.”

Also, the Deputy Police Public Relations Officer, Daniel Ndripaya, said he had yet to be briefed about the matter but promised to get back once he receives any information.He had yet to do so as of the time of filing this report.

Man Sleeps With a Minor; What He did Next will Shock You!