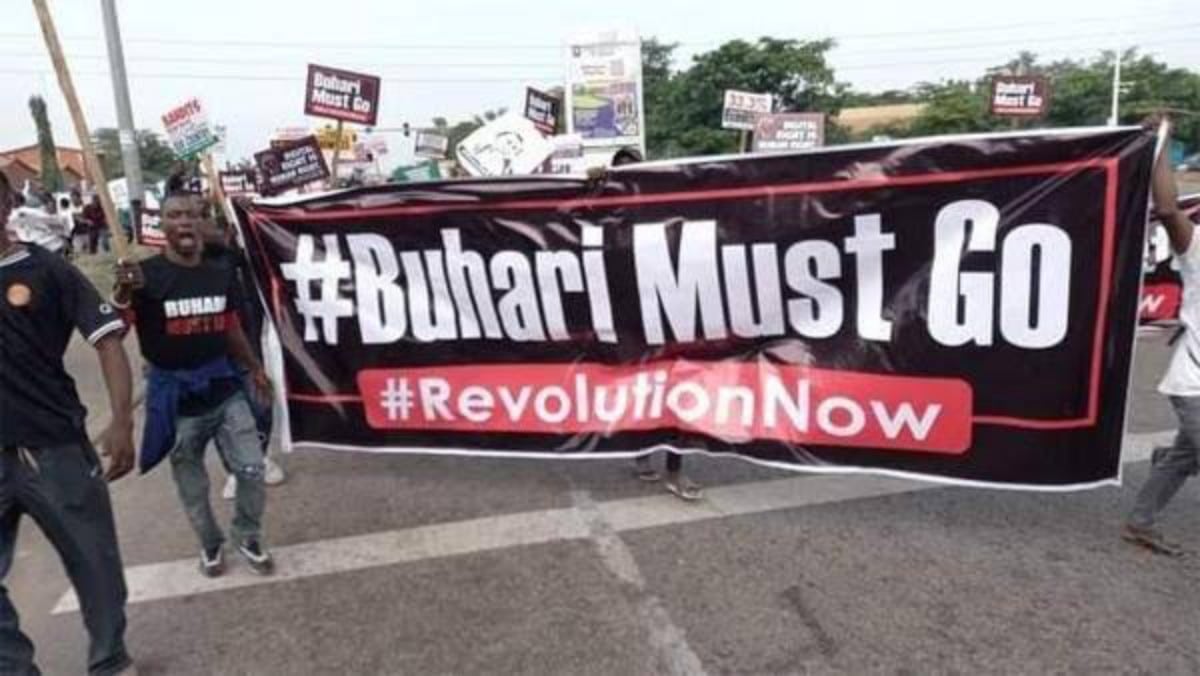 June 12,2021 protest in Abuja saw a good turn out of protesters.

Protesters carried banners with such inscriptions as “Buhari Must go”. Many Nigerians, mostly the youth, trooped to the streets in Abuja protesting against what they called “poor handling of governance and the worsening security situation in the country under Mr Buhari’s watch”.

However reports from The PUNCH says that security men fired teargas canisters at the protesters in the area with many including a correspondent of The PUNCH running to safety.

In a similar development, some Nigerians leading a counter-rally against the June 12 protests have expressed their solidarity with President Muhammadu Buhari in Abuja on Saturday.

A counter-rally planned to overshadow the mainstream June 12 protest was led by the All Progressives Congress (APC) Grassroots Forum of Nigeria, and the Coalition of Youth and Civil Society in Abuja on Saturday.

The spokesperson for the group named after the ruling APC, Yusuf Amadu, said their rally was to commemorate the June 12 Democracy Day.

In his words, “it is also a move to also express their total support to the administration of President Muhammad Buhari, who we believe has the interest of all Nigerians at heart.”

Mr Amadu said the government had approved “the sum of N13.3 billion for the take-off of the Community Policing initiative across the country, as part of measures adopted to consolidate efforts aimed at boosting security nationwide.”

Related Topics:AbujaJune 12Protest
Up Next