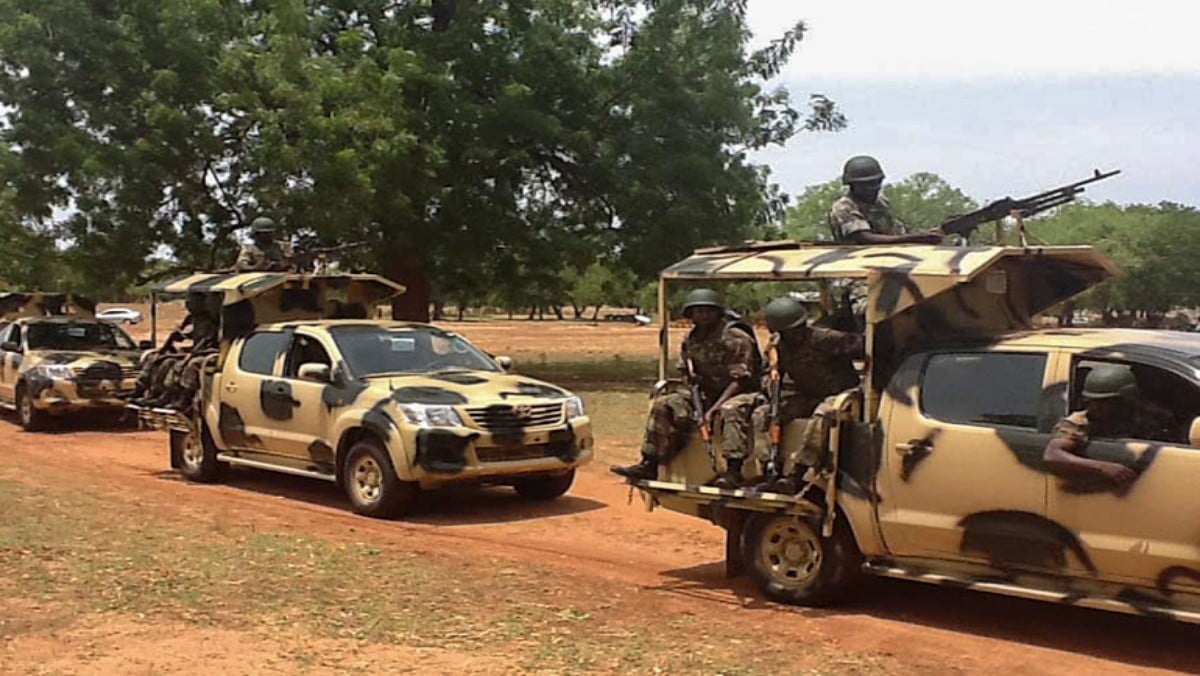 Scores of Boko Haram fighters have been killed by troops of Operation Hadin Kai, while trying to attack Rann, the headquarters of Kala Balge Council Area of Borno State, the Nigerian Army has said.

According to a statement by the Director Army Public Relations Brigadier General Mohammed Yerima, the terrorists were repelled by the troops while attempting to infiltrate the entrance to the city.

The nation Newspaper reports that the statement read, “barely hours into the tenure of the Chief of Army Staff Gen Faruk Yahaya, Boko Haram Terrorists attempted an audacious attack on troops of Operation Hadin Kai in Rann the Headquarters of Kala Balge LGA of Borno State. The terrorists came in their numbers mounted on gun trucks and attempted to infiltrate the main entrance to the town.

“The highly spirited troops were right on hand to counter the move and inflicted humiliating defeat on the terrorists who abandoned their evil mission and took to their heels.

“The troops chased the retreating terrorist and ensured there was no further threat to the town and its residents. Troops successfully destroyed one of the gun trucks and recovered multiple weapons including one anti aircraft gun, two machine guns and eight AK-47 rifles neutralising ten terrorists in the process.”