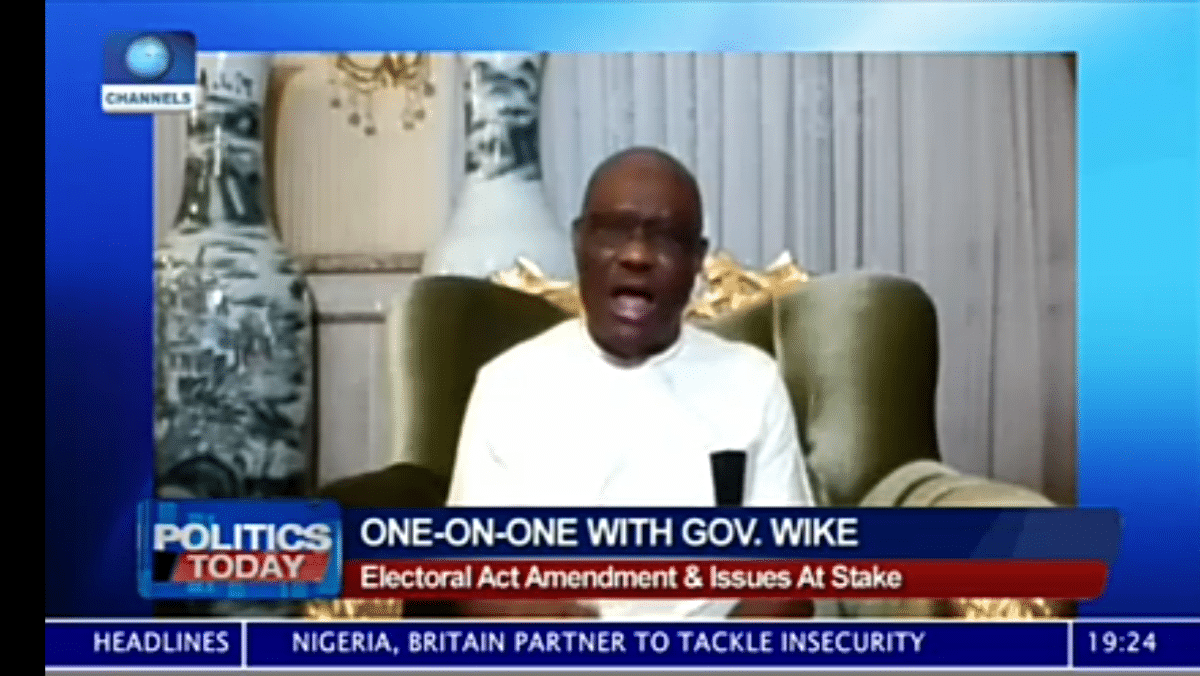 The governor of Rivers State Chief Barrister Nyesom Wike has advised the federal government to seek foreign help if need be in the fight against all forms of insurgency in Nigeria.

The governor stated this during an interview session on Channels Tv this evening, 27th April 2021.

See also APC Has no Plans to Give Nigerians free, fair and Credible Elections.

The governor went on to say that security should be the priority of any government. Look let me tell you, there’s nothing you can provide as a government is you don’t provide security, if you don’t protect lives and properties, everything you are doing goes down to Zero.’

He went to insinuated that any government in it’s right sense would go to any length and do whatever it takes to provide security to its citizens. “… because at the end of the day, what is good governance without security” he said.

There’s No crisis in PDP – Wike.

APC Has no Plans to Give Nigerians free, fair and Credible Elections.