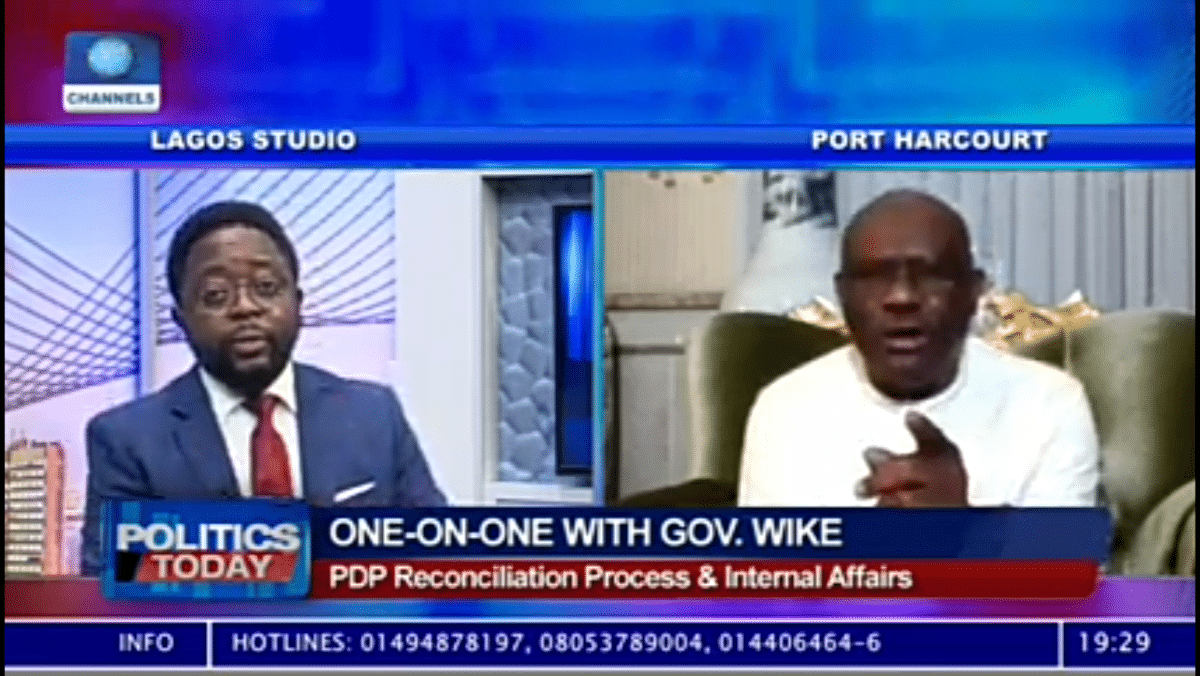 The governor of Rivers State Chief Barrister Nyesom Wike has stated that there is no crisis in the PDP. He stated this while reacting to questions on a live Tv program today on Channels television.

It was in the news that some members of the PDP may have petitioned the party to the EFCC for an alleged financial mismanagement. The governor stated that such issues were normal in any organisation.

“If the person maybe says this is what he thinks, it doesn’t mean that there’s crisis in the party” he said.

See also APC Has no Plans to Give Nigerians a free, fair and Credible Elections.

One might wonder, if there’s no crisis in the party, what then would be the duty or function of the reconciliation committee headed by the former Senate President Senator Bukola Saraki? When the interviewer asked a similar question, the governor had this to say;

“The mere fact that you have a resolution committee doesn’t mean that the party is not in good shape. There could be issues to resolve in some states, that doesn’t necessarily mean that the whole party is in crisis.”