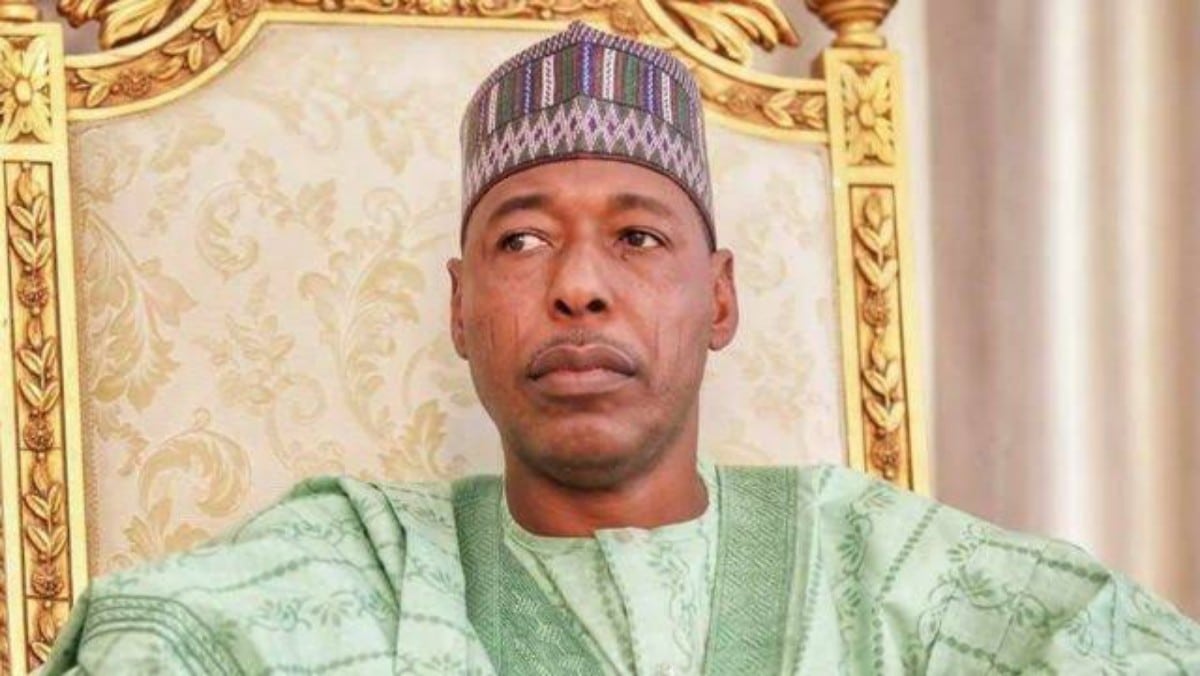 Borno State Governor, Babagana Umara Zulum on Saturday said, his administration has within the last two years fulfilled a lot of its electioneering campaign promises, especially in the area of reconstruction, rehabilitation and resettlement of Internally Displaced Persons (IDPs) back to their ancestral homes.

Zulum while addressing the people via a State Live- Broadcast said, with shared commitments and with the strong goodwill, support and prayers from all and sundry, the present administration is delivering 556 capital projects with 70% of the total already completed while 30% are at various completion levels.

His words: ” In the last two years in office, we are delivering 556 capital projects with 70% of the total already completed while 30% are at various completion levels.

“Our projects, done with your support, include 194 capital projects on education, which encompass rehabilitation, completion and fresh construction of Mega-size government technical colleges and primary schools in different communities.

“We have undertaken 53 capital projects on Reconstruction Rehabilitation and Resettlement which involve estates combining over 6,000 resettlement houses for IDPs and Refugees in 15 towns.

“I am happy to once again, acknowledge, that His Excellency, Mr President, Muhammadu Buhari, GCFR, has since approved 10,000 resettlement houses in Borno State. I am also happy to note substantial number of these houses have been completed with more ongoing.

“There are 28 capital projects on Jobs creation, Youths Empowerment and Humanitarian support which include an all-inclusive vocational training centre with 14 workshops for capacity development of 1,500 persons per annum.

“Although, in these two years, we have together, witnessed continued turbulence even though in the midst of shared hope, optimism, faith, resilience and communal determination to ceaselessly devote ourselves to freeing our Borno from 12 years of vicious insurgency.

“As part of that commitment, we, from our first day in office, made security our number one priority. This is in recognition of the fact that the fundamental duty of any Government is to ensure the safety of citizens to such a level that citizens themselves feel they are safe.

“My first activity as Governor of Borno State was to interface with head of the military involved in the fight against insurgents.

“In our first week in office, we interfaced with thousands of our volunteers from the civilian JTF, hunters and vigilantes, and we increased their monthly allowances, in addition to allocating to them more patrol vehicles and other logistics needed to enhance their operational roles of complementing armed forces in fighting Boko Haram.

“In our combined approach, we took aggressive steps of recruiting thousands of hunters from different parts of northern Nigeria, mobilized and deployed them to accelerate our support for the military.

“We made it a policy that in all our 27 local government areas, volunteers were strengthened with additional recruitment, surveillance vehicles and other gadgets.

“We extended tremendous support to the military, the Nigeria Police Force and other armed forces, through the allocation of vehicles, Armoured Personnel Carriers and other logistics. We gave far reaching support to families of fallen soldiers, other security personnel and volunteers.

“From our first week in office back in 2019, we began tour of all the 27 local government areas to identify their priority needs; and we interfaced with critical stakeholders in these local governments to select areas requiring immediate, short and long term interventions.

“Findings from these assessment visits to 27 local government areas provided the guide to the policies, programmes and capital projects we have embarked upon from our first 100 days to our first year in office. In our second year, we have, with the full participation of all stakeholders, developed, launched and adopted a 25-year development plan for Borno, with initial 10-year phase of implementation.