BABANGIDA ALIYU IS A MOLE IN PDP-GOV WIKE
Advertisement 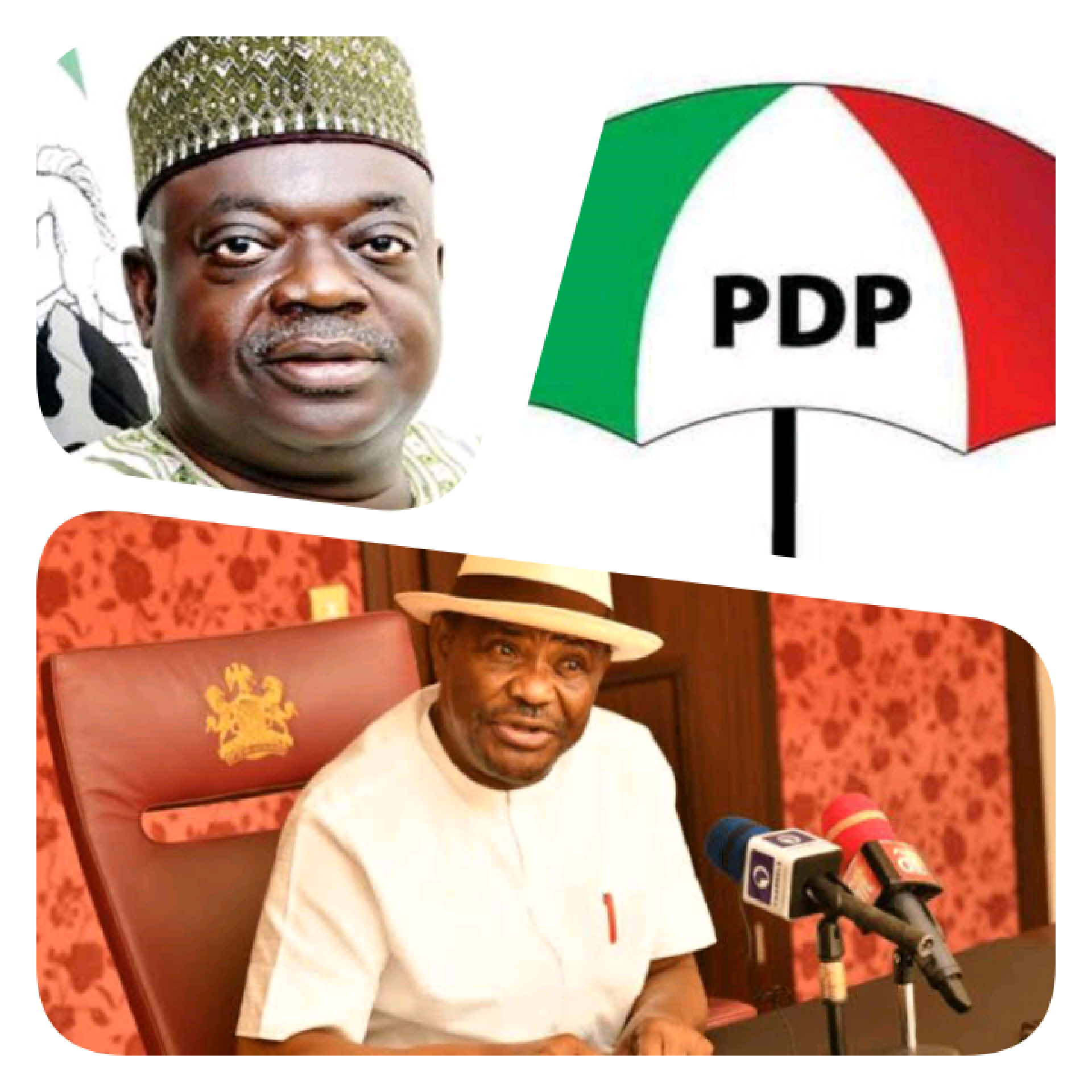 Governor of Rivers State, Nyesom Ezenwo Wike has accused former governor of Niger State, Mu’azu Babangida Aliyu of being a mole of the ruling party in the Peoples Democratic Party (PDP).

He said it is unfortunate that the PDP has continued to allow the former Niger State governor to remain a member of its highest decision making body after he publicly confessed to working alongside others to frustrate former President Goodluck Jonathan’s second term bid in 2015.

The governor, who stated these during a media chat at the Government House, Port Harcourt on Monday, stressed that it was disturbing that while governors and other stakeholders are working assiduously to strategically position the PDP to takeover the realm of power in 2023, the likes of Aliyu are working as All Progressives Congress (APC) moles in PDP.

“Aliyu Babangida is a mole in PDP. These are people who get information and in the night they go to the ruling party (APC) and give them the information.”

Governor Wike declared that contrary to insinuation by Babangida, there does not exist any frosty relationship between him and the PDP national chairman, Uche Secondus. According to him, in politics, people are bound to disagree on certain issues, but that cannot be misconstrued as a rift in their relationship.

“The same Aliyu in 2017 was one of those who opposed Secondus to be chairman of the party. He only came on board at the dying minute when he knew Secondus was coasting to victory.”

The governor also clarified that he was not aware that the PDP national chairman had disagreement with stakeholders of the party in Rivers State. He stressed that if there existed any form of conflict between Secondus and others stakeholders in the State, the national chairman would have made it known to all concern.

Governor Wike explained that the reason why Babanigda has recently embarked on a campaign of calumny against him is because he has refused to invite him to commission some of his legacy projects in Rivers State. He maintained that only former governors and incumbent ones who have delivered or are delivering democratic dividends in their states are qualified to inaugurate projects in Rivers State.

Reacting to Babangida’s accusation that he was a dictator in the PDP, the governor said it was rather disingenuous for a man who has refused to allow a credible party congress take place in Niger State to cast aspersion on him.

“In 2015, what happened to him, he insisted his own boy will be governor. In 2019, he insisted again and PDP lost. Who is the dictator? Up till now, the reason why the State (Niger) congress cannot take place is because he wants to dictate who will be chairman of the party.”

He further continued: “We have been working hard in Rivers State to see we don’t have the ruling APC in Rivers state. Ask Aliyu if he can do the same in Niger State. If there is election today, can he make PDP to win in Niger state? As I speak to you, no state congress has been held in Niger state. It is because of his dictatorial tendency.”

The governor described Babangida’s recommendation that the NWC of the PDP should suspend him from the party as childish. He stressed that if the former Niger State governor has any modicum of self esteem, even as a liability to PDP, he would have been circumspect and refrain from making denigrating comments against one whose state has accounted for highest votes gotten by the PDP since 1999.

To buttress his claim that Babangida is a liability to the PDP, Governor Wike noted that in 2015 while serving as a governor of Niger State, the PDP lost woefully in the general election. According to him, worst still, in 2019 general election, the PDP failed to win any elective position in Niger State.

“What is the impact of such a person as far as the party is concerned? In 2019, despite the federal might that was against us in Rivers State, we still were able to deliver all the senatorial candidates, all the House of Representatives candidates. So, who is more profitably to the party? Is it the man who cannot even win in his constituency?”

The governor dared those who have been insinuating that he wants to contest for PDP presidential ticket in 2023 because of his tirelessness in delivering dividends of democracy to the people of Rivers State, to prove he has declared such intention to them. He, however reiterated nobody can intimidate him from contesting for the PDP presidential ticket if he decides to.