We do not operate along ethnic, divides-Army.
Advertisement 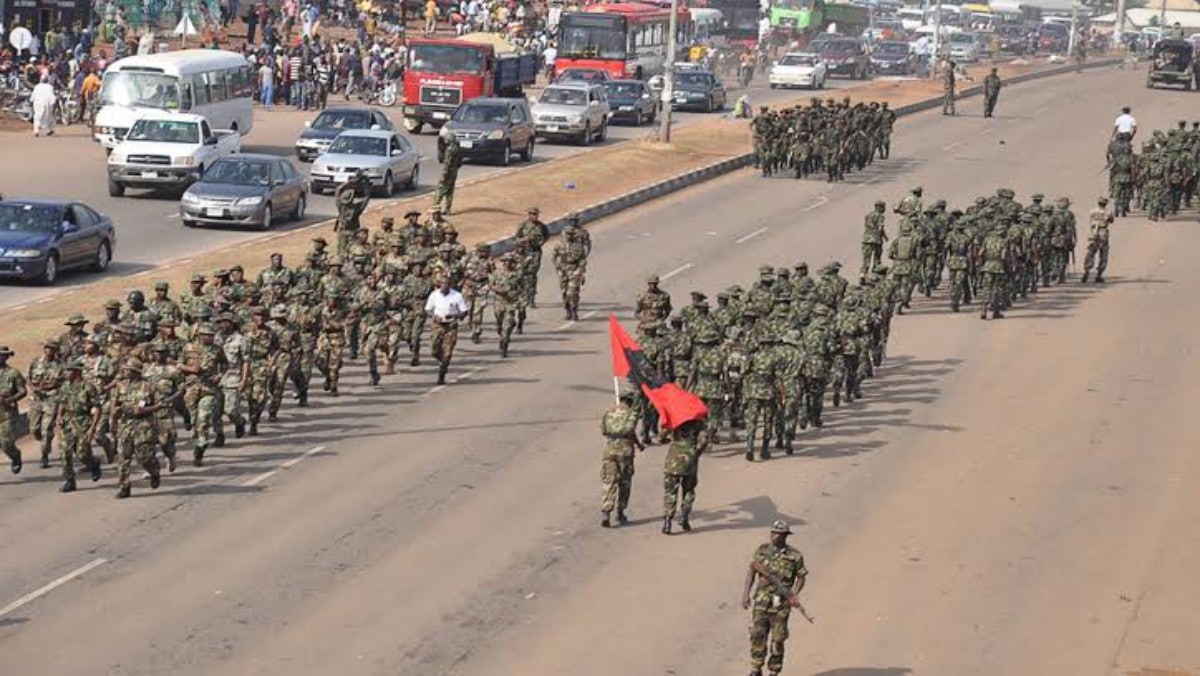 The Director, Army Public Relations, Brig.-Gen. Mohammed Yerima made the clarification in a statement released in Abuja on Monday.

Gen. Yerima said the publication which made the allegations was targeted at inciting discord and disunity among peace-loving Nigerians.

He stressed that the army does not promote or post its personnel along ethnic or religious lines.

“For the records, the Nigerian Army does not operate along ethnic, religious, tribal or regional divides.

“Senior officers are posted to command units based on their capability and competence which is taken into consideration from their posting history.

“Furthermore, officers are the most frequently posted personnel of the Nigerian Army.

“However, because of the seed of discord that the author of the report wanted to sow, he did not do a thorough background check of his report,’’ Yerima said.

IPOB has no plans to Attack Lagos-Nnamdi Kanu