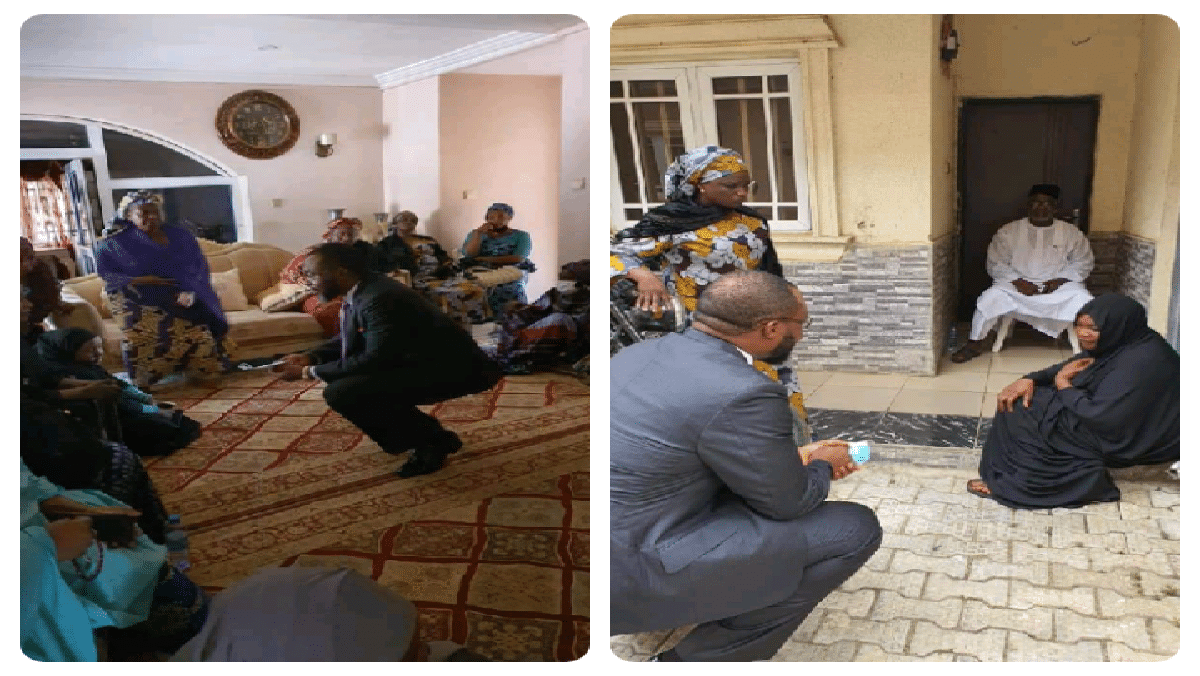 A former Aviation minister under President Goodluck Jonathan, Osita Chidioka has paid a condolence visit to the Family of Late Ahmed Gulak.

He said he enjoyed he enjoyed a very cordial relationship with Late Ahmed. He said he Condenmed in strong terms the murder of the man.

He wrote; “I visited the family of Late Ahmed Gulak today. I expressed my condolences to the wives, son and brothers at his residence in Abuja.”

“I told them that I believe most Igbo leaders and people condemn in strong terms the murder of their father, husband and brother. We are a peace-loving people and known for respecting and protecting our visitors. As colleagues in the GEJ administration, I enjoyed a very cordial relationship with the Late Gulak.

Sadly his murder happened less than one week after I returned from his home state of Adamawa, where I was well received and warmly welcomed. We are embarrassed that his murder occurred in the SE and hope that the Law Enforcement agencies will go the extra mile in unmasking the killers.

“Igbos are travellers and hence have a lot of respect and affection for visitors. Our proverb Ojemba enwe ilo captures it all, roughly translated a traveller does not seek enemies.”

I commiserated with them and prayed to the Lord to grant the family and friends the fortitude to bear the loss. I begged God to forgive his mistakes and grant mercy to his soul.

Osita Benjamin Chidoka is a former Corps Marshal and Chief Executive of Federal Road Safety Corps and past Minister of Aviation in Nigeria.He served under President Goodluck Jonathan.[3]He’s also a brother to Obinna Chidoka.

Osita Chidoka was, until recently, Minister of Aviation in Nigeria.

. Prior to that role, he was the Corps Marshall of the Federal Road Safety Corps where he transformed the agency from a stolid, almost comatose organisation to one that won various international awards and became a model r other road safety organisations across Africa.