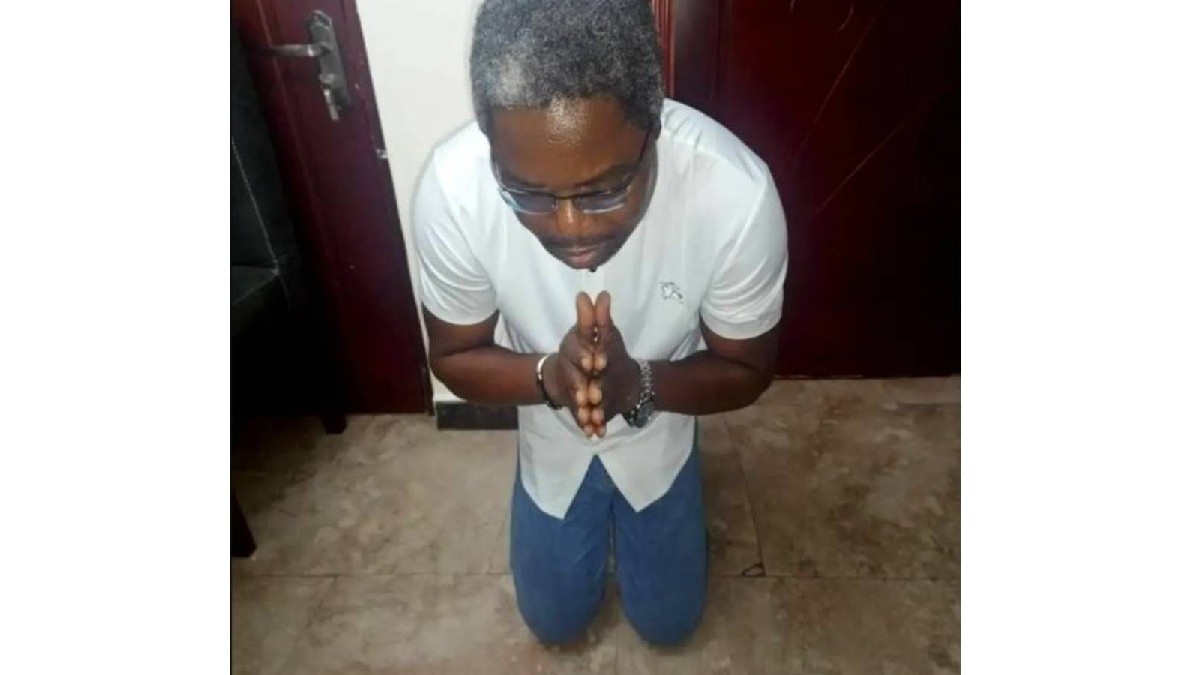 Lere Olayinka, a candidate for the House of Representatives from Ekiti Central Federal Constituency 2, has written to ASUU.

On Saturday, Olayinka knelt down to request the Academic Staff Union of Universities, ASUU, to end the strike action that had been going on for seven months.

Lere Olayinka clarified that his behavior does not imply that he disapproves of the requests made by the ASUU, but rather that he is confident that they will be met once the PDP assumes power in the nation.

Remember that Festus Keyamo, SAN, made the statement that “the Academic Union is holding the government at the Jugular and can’t not push the federal government into borrowing” in an interview on Channels TV? This statement drew harsh criticism from Nigerians against the Buhari’s minister.

Reacting, Lere Olayinka went on his knees to beg ASUU to call of the strike saying since Keyamo said the Buhari government has lost all sense of responsibility to end the strike and has said it is the duty of Nigerians to beg ASUU.

He said ”I am on my bended knees this morning, pleading as a parent that this strike in our universities should end.

“My plea is premised on the confession of the Minister of State for Labour and Employment, Festus Keyamo (I won’t address him as a SAN because a SANship is about having sense), that the Buhari’s APC govt does not have or have lost every sense of responsibility to end the strike.

Lere further said, “Keyamo, on Live TV yesterday, said that on the strike, the FG has become helpless, hopeless, clueless, visionless and directionless.”

“Therefore, it has now become the duty of Nigerians to beg ASUU to end the strike.

“Consequently, In the name of God, I am on my knees begging ASUU to call off the strike so that our children can return to school.”

The PDP Reps Candidate noted that, “This is not to say that I do not appreciate the demands of ASUU, but I am sure that when we have a govt in the country, the demands will be addressed.”

“More so that the strike NO even KONSAN those in this Buhari’s APC government because their children are either in universities abroad or private universities in Nigeria.

“Thank you as you consider this my plea and call of the strike.”