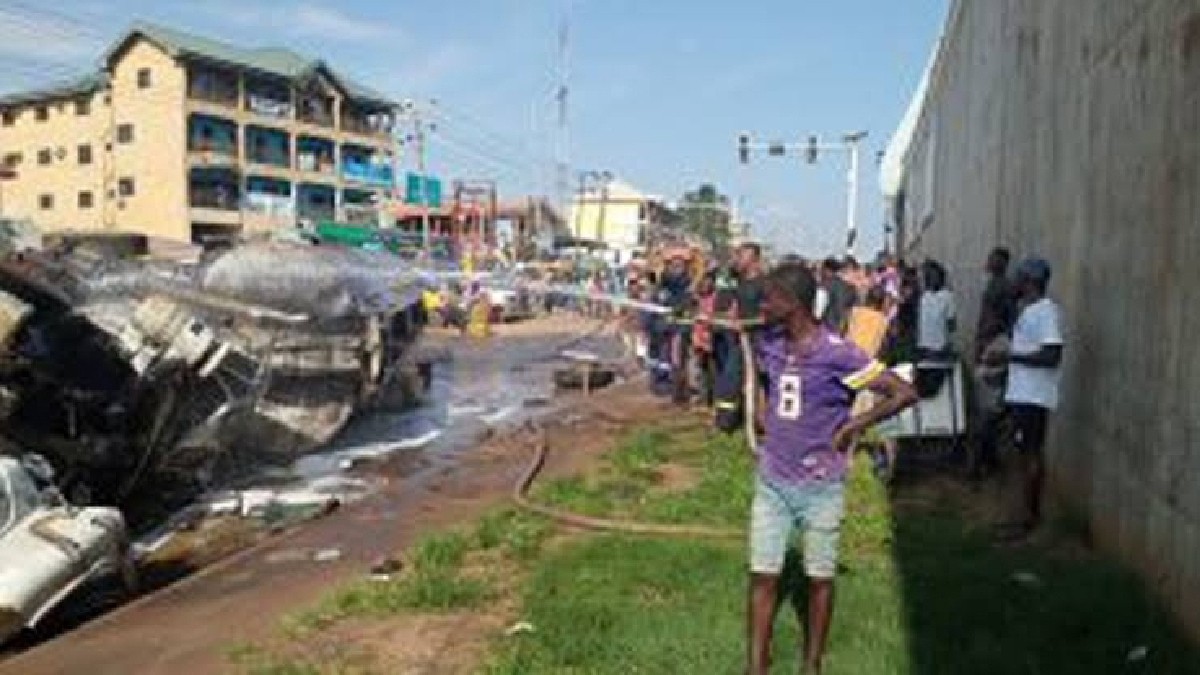 The tanker fell on Wednesday at the popular Aroma junction, in Awka Anambra State, spilling its content on the ever-busy junction.

Sources said there was panic immediately after the taker fell, as many feared an explosion.

“We all ran away because there have been cases of explosion after a tanker fell. We all stood afar and watched as the tanker spilt its content on the main road.”

Anambra State Chief Fire Officer, Mr Martin Agbili who confirmed the incident, however, said there was no need to panic, as the content of the tanker was not a petroleum product.

He said: “The public should not panic much because it is not a petrol tanker, rather it is kernel oil.

“Immediately, we deployed our fire truck and firefighters to the accident scene. So far, we are still working at the scene to prevent it from going into flame.”

Meanwhile, there was heavy traffic at Aroma junction as a result of the accident. Most vehicles coming from Enugu had to divert to the flyover bridge.