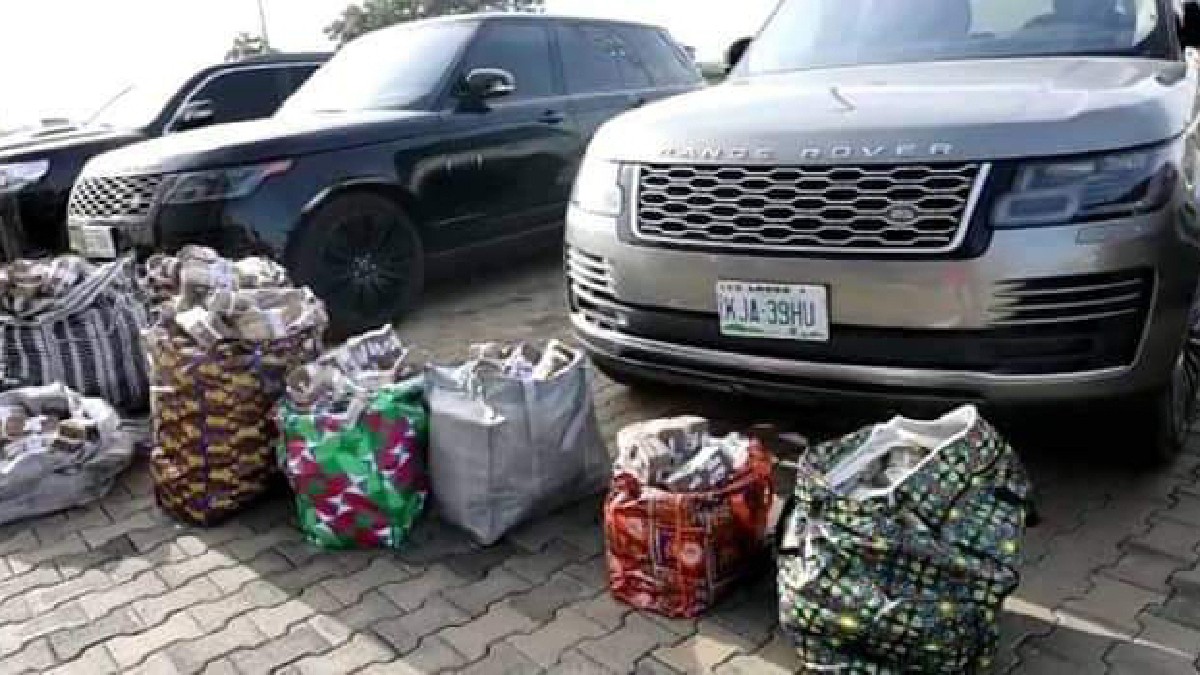 The Economic and Financial Crimes Commission announced on Tuesday that it had arrested Ismaila Yusuf Atumeyi, a Kogi State House of Assembly candidate, with wads of cash suspected to be from a bank fraud.

On the platform of the New Nigeria Peoples Party, Atumeyi is running for the Ankpa 11 constituency in Kogi.

He was apprehended in possession of N326 million and $140,500 in cash. According to an EFCC spokesperson, Wilson Uwujaren, Atumeyi was arrested on Sunday alongside Joshua Dominic, an alleged serial fraudster, in a sting operation at Macedonia Street, Queens Estate, Karsana, Gwarinpa, Abuja.

Also arrested was a former bank employee, Abdumalik Salau Femi, who allegedly supplied the inside information that facilitated the attack on the bank by the syndicate. Luxury vehicles were also recovered.