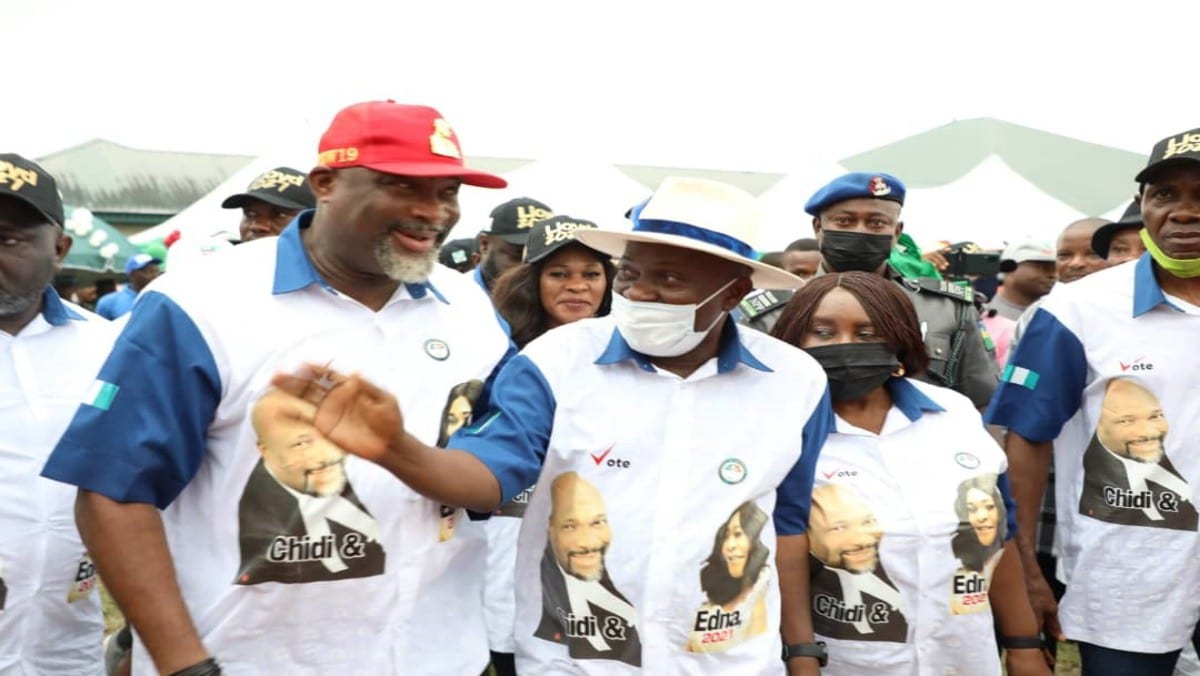 Peoples Democratic Party (PDP) supporters have been advised to be vigilant ahead of the April 17 Local Government Election in Rivers State.

The Chief of Staff to Rivers State governor, Chief Emeka Woke, gave this charge during the grand finale of the PDP campaign in Emohua ahead of Saturday’s local government election in the State.

Woke observed that throughout the period granted to political parties to campaign, only the PDP went round the 13 wards in Emohua council to canvass for votes from the electorate. He, however, warned that PDP supporters cannot to afford not to throng the polling stations on Saturday to ensure the victory of the party’s chairmanship and councillorship candidates.

“During all our campaigns round the 13 wards , we didn’t see any political party campaign. Don’t rest on our oars to say nobody is contesting with us. Don’t go and sleep. Be on your guard on Saturday and ensure the PDP candidates emerge victorious.”

The Chief of Staff lauded PDP stakeholders in Emohua for the choice of a seasoned politician, Dr. Chidi Lloyd, as the party’s chairmanship candidate. According to him, Lloyd, who was a member of the Rivers State House of Assembly for twelve years, will bring his experience to bear in the governance of the council.

” I advice the candidate to keep to his campaign promise. Follow the campaign slogan’ let’s make EMOLGA great again’. As experienced politician, unite the people of Emohua. Resist any temptation that would divide the leadership of Emohua Local Government.”

Woke reminded voters that the PDP administration of Governor Nyesom Ezenwo Wike has fulfilled past election campaign promises to construct roads in Emohua, Isiodu , Rumuji, Obele, Ibaa and Elele Alimini and the party deserved to be rewarded with massive votes on Saturday.

” Since 2015 to 2019 the ruling party (All Progressives Congress) at the federal level have not provided even single project in this Local Government. Only the PDP has provided meaningful projects. PDP is in power. PDP is in charge in Rivers State.

“ Ask the opposition party in the state to tell you what they have done for Emohua to seek for your votes. I believe no one will deceive us. The essence of partisan politics is impact your community and not for individual stomach.”

The PDP chairmanship candidate, Dr. Chidi Lloyd, said if elected, he will prioritise security, enhance the welfare of women and compliment the developmental strides of the Rivers State Government.

“ We shall vigorously pursue security. We will renew what we have on ground with legislative backing. So that what we have as local vigilante would be redirected and focused. The council shall provide stipends for the vigilantes.

Lloyd thanked PDP stakeholders in Emohua for considering him worthy to be chairmanship candidate of the party in Saturday’s election. He pledged to run an all inclusive administration when he assumes office.

“ I lack words to thank the good people of Emohua Local Government Area, especially, the leadership of Peoples Democratic Party of the Local Government. I am so overwhelmed.