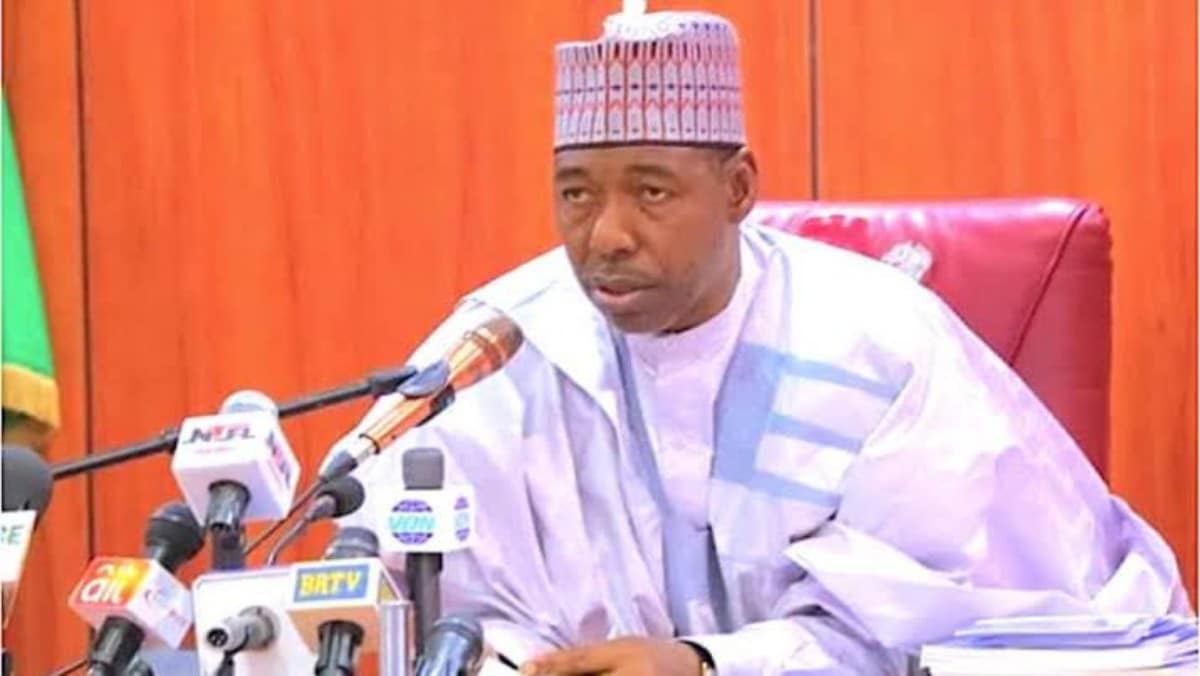 Governor Babagana Zulum has refuted the claim by ISWAP that it is in control of parts of Borno State, saying that he is fully in charge of the state.

The governor made the assertion on Monday in a chat with newsmen after he met with President Muhammadu Buhari at the presidential villa, Abuja.

Zulum, however, said the state was not interested in investigating the issue.

A media report had claimed that the insurgents had appointed one Abba Kaka as the governor under a new leadership restructuring by an interim council.“We are yet to validate the authenticity of this report that ISWAP appointed governor in Borno state,” Zulum said.

“So, as the governor of the state, I think it’s not right for me to speak on something that I don’t have full knowledge of.”Asked whether he would investigate, Governor Zulum said no, blaming the report on social media.“Not investigating. This report is not authenticated.

“You’re a journalist and I think we have to prove reports beyond reasonable doubts, before commenting on such reports.“As far as I’m concerned. I’m the governor of Borno State and I don’t have any information that we have another government. Yes. And I’m very much in charge.”

The governor said his visit to the State House was to solicit President Buhari’s assistance to enable the authorities to repatriate the over 200,000 Borno indigenes who fled insurgency to Chad, Cameroon and Niger Republic.“Now that we have started witnessing the gradual return of peace to Borno State, these people that are taking refuge in our neighbouring countries are willing to return home,” the governor said.

“Therefore, the Borno State government picked 27th of November 2021 for the commencement of the repatriation process, especially to local government areas of Abadam and Guzamala.

“So, I came to brief Mr President, to solicit his support, with the view to ensuring hitch-free repatriation exercise.”He, however, declined to place a figure on what it will take to implement the repatriation.

He said, “I can’t quantify, but I think the Ministry of Humanitarian Affairs with its agencies; NEMA, the Refugee Commission and indeed the Northeast Development Commission, lastly the Borno State government, have the capacity to shoulder the responsibility of the repatriation exercise.”

On the fate of the Internally Displaced Persons (IDPs) still in camps in the state, Governor Zulum said the government is also working on returning them to their communities.

“On the issue of internally displaced persons, yes the IDP camps are not palatable, that is why the government of Borno state and indeed the federal government, are exploiting the potentials of resettling them back to their own communities or relocating them to areas that are safe,” he stated.

Rape victim Narrates how she was Raped in Enugu.