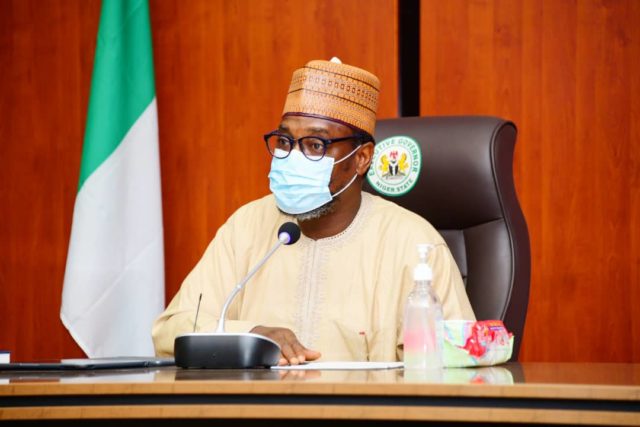 Bello added that no fewer than 50 villages in five local governments had been deserted due to bandits’ attacks, while over 3,000 persons have been displaced.

He spoke during a visit to the Internally Displaced Persons (IDPs) camp at IBB Primary School in Minna.

The IDPs from Kuchi, Kabula, Kazai Guni, Gini, Fuka Dan Daudu and Chiri in Munya and Shiroro LGAs are taking refuge in the camp.

“The implication of that is that the territory now belongs to them,” he added.

The governor said action must be taken to dislodge the insurgents otherwise “with the way things are going, not even Abuja is safe.”

“We have been saying this and no action has been taken, the Boko Haram elements are trying to see this place as their home, just like they did in Sambisa.

“Kauri is less than two hours’ drive to Abuja, nobody is safe not even Abuja,” he said.

According to the governor, he had engaged the Federal Government several times, but no action was taken to address the insecurity challenges bedevilling the state.

He expressed optimism that the resurgence of banditry would lead to coordinated military action “to confront the severe and very serious situation.”

He directed the IDPs who abandoned their communities out of fear to return to their homes, while those who were attacked should remain in the camp.

The governor gave details of the 3,000 IDPs while opening a two-day training workshop for local government directors and revenue officers in Minna.