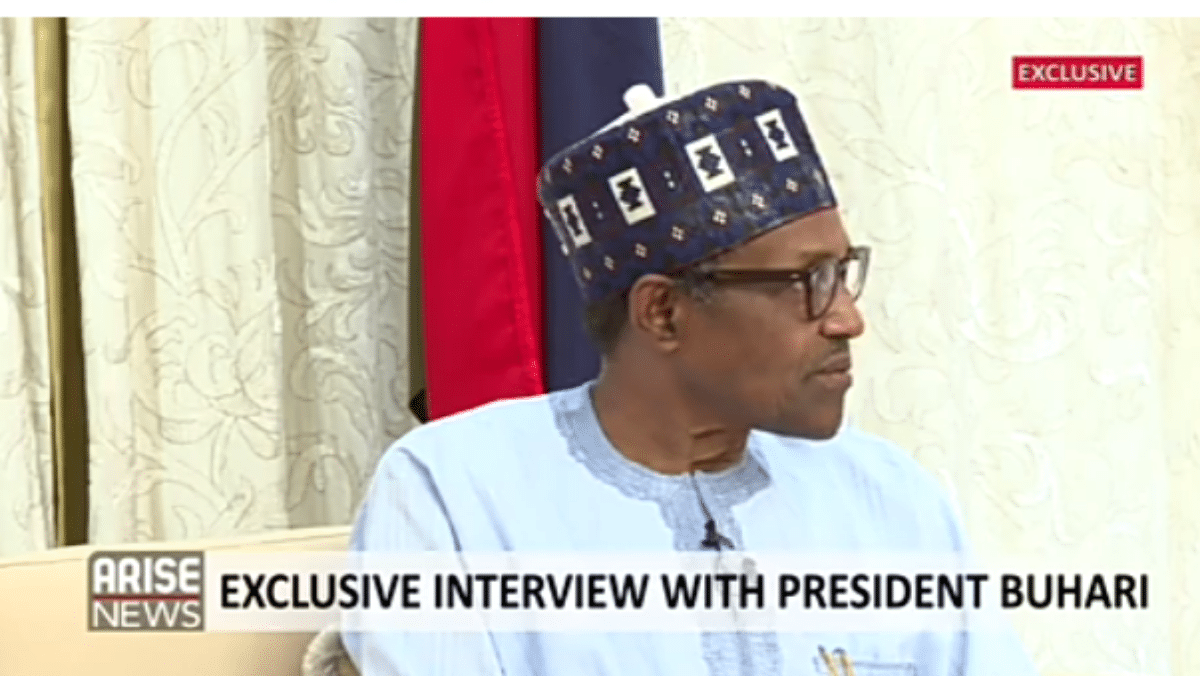 The president of the federal Republic of Nigeria, President Muhammadu Buhari has claimed that last year’s #EndSARS protest against police brutality, was aimed at removing him from office.

Buhari stated this while appearing on Arise TV on Thursday morning.

President Buhari, on the interview on blamed the spate of violence in the country and the Endsars protesters for the lack of investments and jobs. He insinuated that protest was responsible for the dwindling inflow of foreign direct investment to the country.

See also PDP to Buhari; “lead the fight against insecurity from the front”.

The president insisted that those who participated in the protests, have made Nigeria unattractive to investors.

Buhari noted that no investor can invest in an unsecured environment, a situation he quite agreed is currently bedeviling the Nation at the moment.

Buhari was asked how he can improve foreign direct investment (FDI) to Nigeria.

In response he said: “This question was answered last year when there was the #EndSARS protest last year. You remember the young people that wanted to march here and remove me?”

The president added: “Tell the young people to behave themselves and make the country safe, then we can attract real investors to the country”.

President Buhari lamenting the Endsars protests which were hijacked by hoodlums to perpetrate violence, said, “About 200 buses bought by the former governor of Lagos were burnt by restive youths. Who would go and invest in such an environment? Nobody it is just common sense.

“Youths should behave themselves make Nigeria secure and they will get jobs because Nobody can invest in an unsecured environment,” he said.

“Robots will pay Taxes in the Future”-Bill Gates