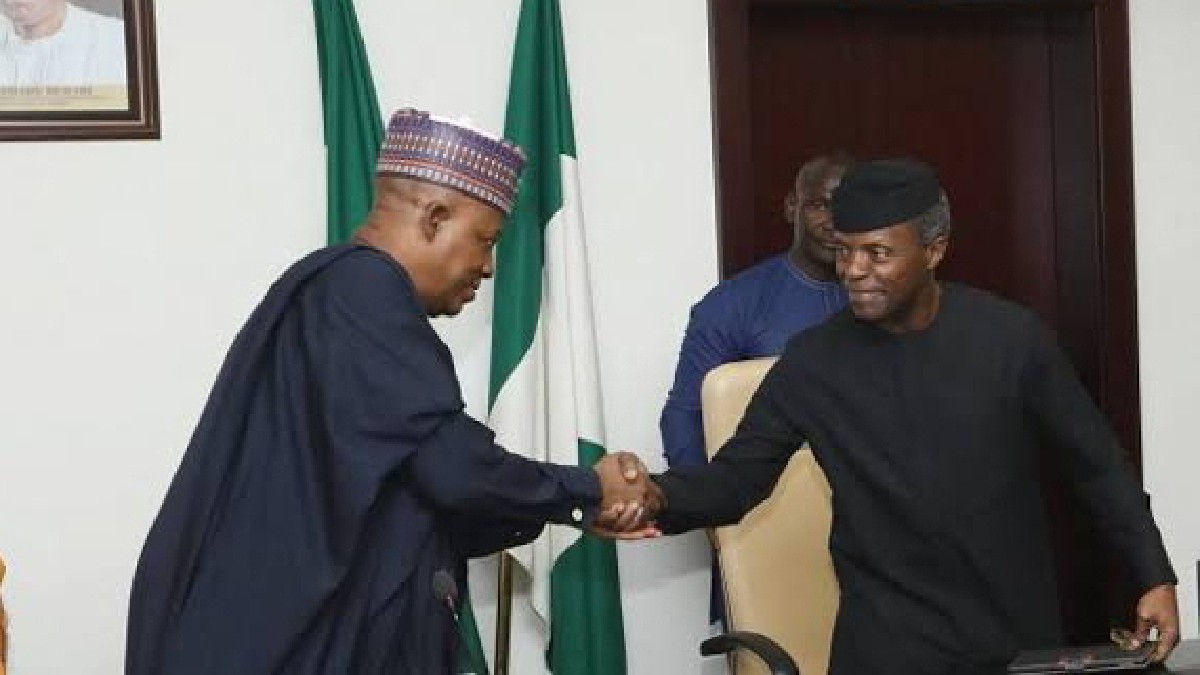 Former governor of Borno, Kashim Shettima, believes Vice President Yemi Osinbajo is a nice person, but his demeanor will not make him a good president.

He was interviewed on Channels Television on Friday.

Shettima, who is campaigning for All Progressives Congress (APC) chieftain Bola Tinubu to win the party’s presidential ticket, believes that while Osinbajo is competent, Tinubu will be a better president.

“Nobody has doubted the competence of professor Osinbajo. He’s a very cerebral person, but we believe that in terms of intellect, capacity, reach and the ability to move this nation forward, and most importantly, for us to win the upcoming election, the best candidate that the APC has is asiwaju Bola Ahmed Tinubu,” Shettima said.

Mind you, the dynamics has changed with the emergence of Atiku as the candidate of the PDP. We need someone who can match and even overshadow him in terms of brand name recognition, in terms of capacity. This is why we are championing the cause of asiwaju Tinubu.

“Osinbajo is a good man; he’s a nice man. But nice men do not make good leaders, because nice men tend to be nasty. Nice men should be selling popcorn, ice cream.

The news comes just hours after Shettima said it would be a disaster for the APC if Tinubu was not elected as the party’s flagbearer.

Don’t come to my house or office unless you without Your PVC. Mr. P