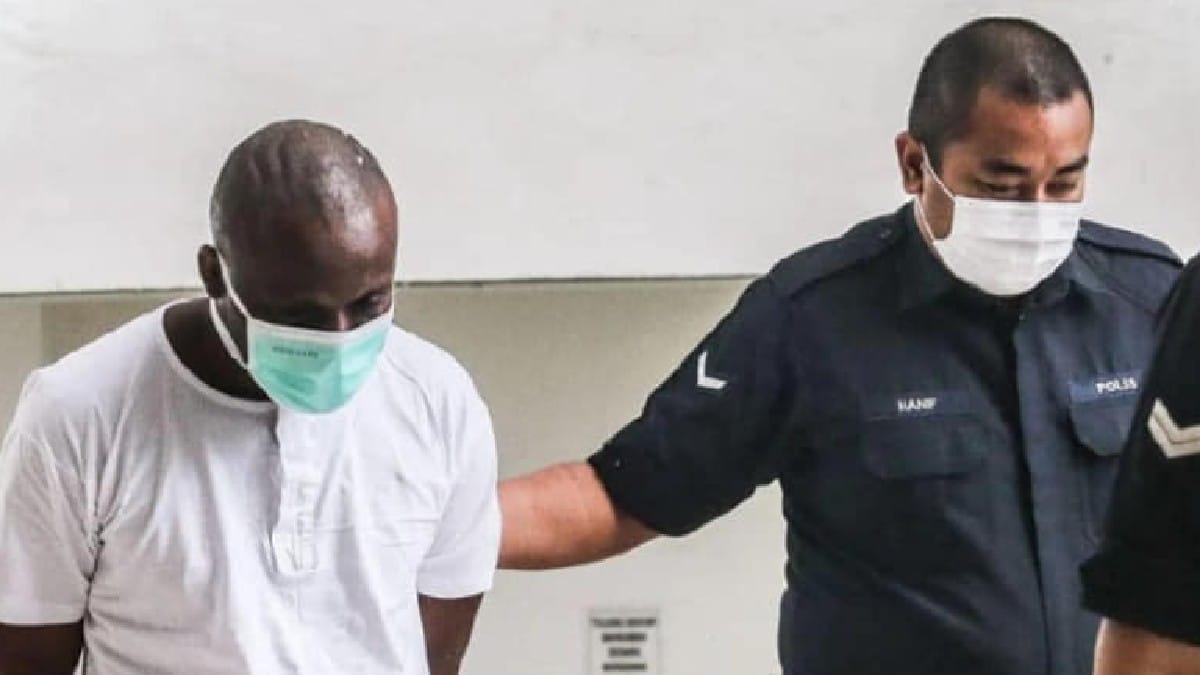 Siti Kharina Mohd Kamarudin on August 1. Judge Ab Karim Ab Rahman handed down the sentence to Oluwajuwon, on Wednesday, August 4, 2021, after the prosecution had proven its case against the accused beyond all reasonable doubt.

The judge said the testimony by the accused that he left the house of Siti Khairina Mohd Kamarudin, 40, on May 8, 2019, contradicted with footage of a closed-circuit television camera at the Third Avenue Condominium, Cyberjaya, which showed him leaving the premises the following day (May 9) Ab Karim said the accused also could not provide an explanation why there were blood stains carrying the DNA of Siti Kharina on his shirt on the morning of May 9, 2019.

“The accused said he was not with the deceased after 8pm on May 8 until the next morning. He said he left he condominium unit at 8pm on that day. The court finds that the accused’s testimony is a mere denial and an afterthought as it is inconsistent with the CCTV recording,” he said.

Siti Kharina, a mother-of-three was reported to have gone missing on May 8, 2019, after she was last seen at the Serdang Hospital parking lot at 4pm, that day.The head nurse was later found d*eas with slash wounds to her chest, neck and head at the condominium unit on May 15, the same year.

The victim was believed to have been dead between four and five days before her body was discovered.

“I Acted as a Debt collector For Hushpuppi”- Abba Kyari.