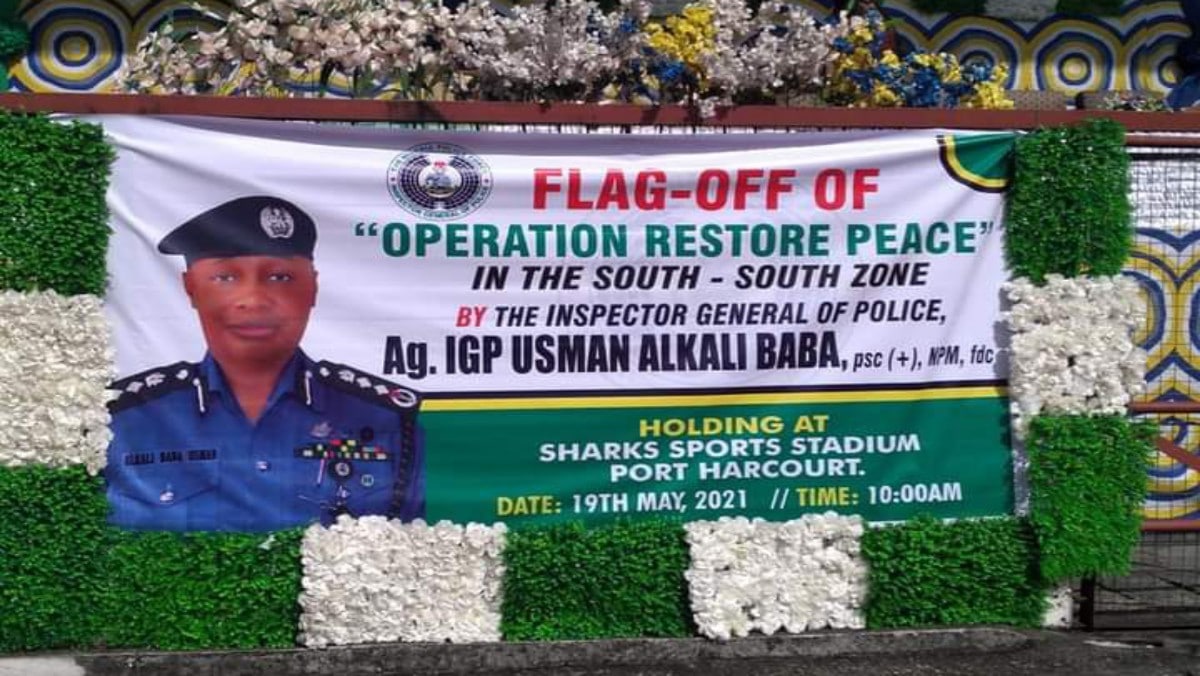 The Acting inspector general of police Usman Alkali Baba came on a working visit to Port Harcourt to launch a security apparatus code name “Operation restore peace”, in the bid to finding a lasting solution to the insecurity rocking the state, South South and the country at large.

Following the attack on security agencies in the state the states in the South South and part of South East, the inspector general of police Usman Alkali Baba tasked men and officers of the Nigeria Police to be combat ready to tackle crime and criminality in the state.

The IG said the key factor in addressing the prevailing security threat in the South South is that everyone should be determined to build consensus partnership in condemning act of criminality by working with the police and other security agencies towards identifying and bringing the criminal element within our community to book.

The Rivers State Governor Nyesom Wike, who was represented by the deputy Governor Dr Ipalibo Harry Banigo pledge their continued support for the police force and other security agencies to combat crime in the state.

Amoured personnel Carriers, operational vehicles were given to the state to continue it’s fight against insecurity
The acting Inspector General of Police Usman Alkali Baba expressed his believe with the support of all stakeholders at all level of operations to change the current security narrative in the zone.