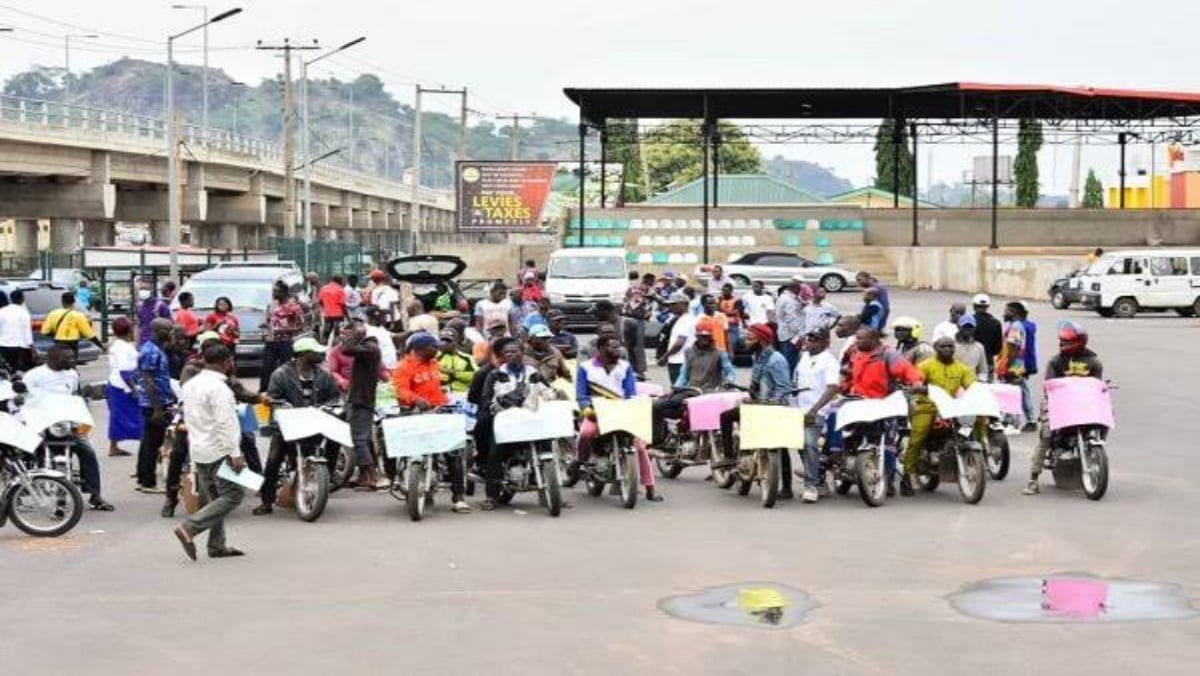 Anti-secession groups under the aegis of Yoruba Appraisal Forum on Thursday took over Ado-Ekiti, the Ekiti state capital to protest against agitators calling for secession.

The protesters converged on the Fajuyi Park at around 9am and marched through the fly-over bridge in Okesa to some major streets in Ado-metropolis.

The protesters, comprising Okada riders, different youth groups and driver unions carried banners and posters with various inscriptions such as ‘We believe in One Nigeria’; ‘One Nigeria is paramount’; ‘Stand together and love one another’.

Others were: “There is no way we can survive as a nation and in the world without unity’ and ‘individually we are one drop, together we are an ocean’, among others.

While addressing the gathering at Fajuyi Park, the group’s National Coordinator, Adeshina Animashaun, rejected the calls by Yoruba activist Sunday Adeyemo aka Igboho, the Yorubaland should secede from Nigeria, describing such as treasonable and unpatriotic.

He also tackled Nnamdi Kanu, the leader of the Indigenous People of Biafra, IPOB, for allegedly spearheading arson attacks and killings under the guise of secession in the Southeast.

Security Chiefs Appear Before the Senate