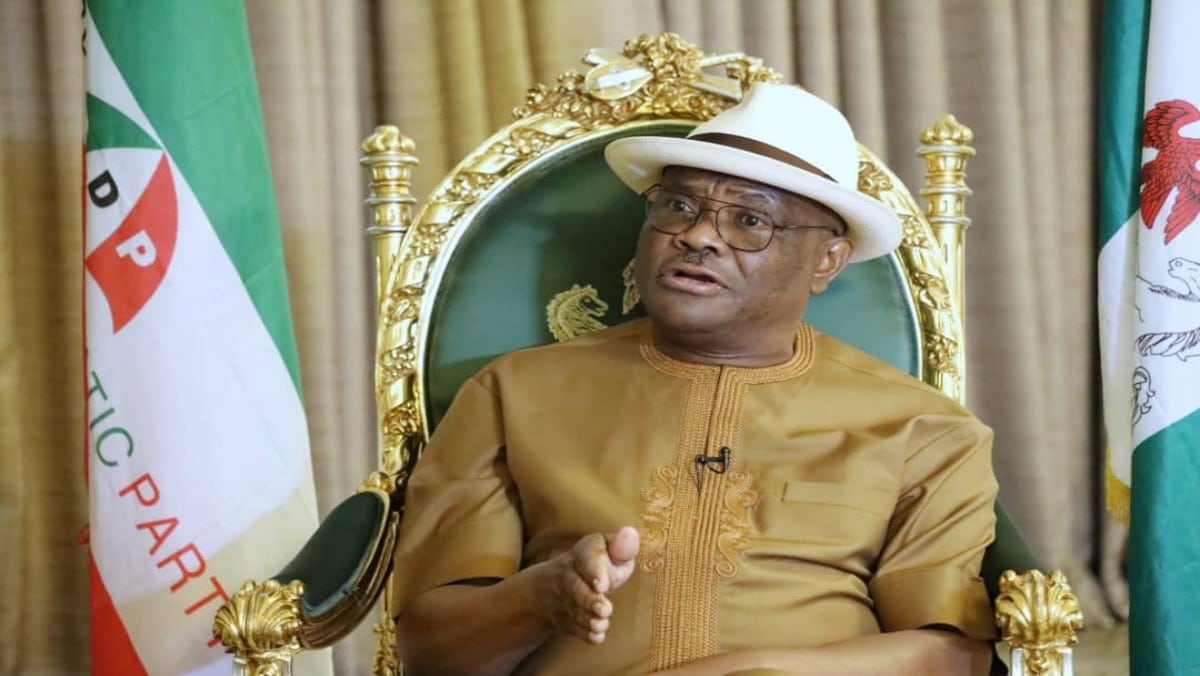 Governor of Rivers State, Nyesom Ezenwo Wike, says Nigeria is on life support because of the large scale intractable insecurity situation that has overwhelmed the All Progressives Congress (APC)  led Federal Government.

The governor made the assertion during a Thank You visit by the Supreme Council of Traditional Rulers of Ogoni nationality at Government House, Port Harcourt on Thursday.

He stated that nobody feels secured anymore anywhere in the country because of the unchecked incriminate attacks on law enforcement personnel and innocent citizens.

“You know how the country is today.  Nobody can say that he or she is safe now. Governors are being attacked even on the road like other citizens. The security of the country has collapsed.

“The present Federal Government of All Progressives Congress (APC)  has not shown enough commitment to protect life and property of Nigerians.”

“Nigeria is already, and almost on life support now. Making another mistake will be disastrous. We are praying to God not to let us to die. Let this country not collapse.”

He stated that one reason why bad governance has festered is because Nigerians don’t bother to hold elected officials accountable.

Governor Wike said the federal government rides on mere rhetoric without clear direction on what to do to address the insecurity plaguing the country.

He lamented that everyday Nigerians wake up to the news of kidnap of school children, killings and wanton destruction of police stations.

“All of us are at risk because the party voted for at the national level have refused to protect us. They have shown that they have no capacity to protect Nigerians.

Governor Wike said the completion of the first phase of the dualised Saakpenwa-Bori-Kono Road and other ongoing projects in Ogoni demonstrate his resolve to fulfil all campaign promises to Ogoni people who have continued to overwhelmingly support his administration.

The President of Supreme Council of Ogoni Traditional Rulers, His Royal Majesty, King G.N.K Giniwa said the aim of the visit was to express their sincere appreciation for the numerous developmental projects and programmes Ogoni people have benefitted from the administration.

In an address read on behalf of the council’s president by King Samuel L.A Nnee, he said Ogoni people remain eternally grateful for the construction and completion of the Saakpenwa-Bori-Kono Road, ongoing construction of Ogu-Ekporo-Kporghor-Wakama road and several other projects in sectors like education and health.

“The magnitude, quality and lighting of this road (Saakpenwa-Bori)has brought out, not only the beauty of Ogoniland, but has driven away all the dissidents and criminals that used the previous ramshackle access as their den. Also, the brand new road has strengthened the economy and commence of Ogoniland. It is a perfect and an excellent gateway in and out of Ogoni and more particularly to Opobo/Nkoro and Andoni Local Government Areas.

The Ogoni monarchs thanked the governor for the overall security of Ogoniland especially from the menacing activities of the outlawed Indigenous People of Biafra [IPOB] considering Ogoni strategic location as a boundary axis of the State.

They commiserated with the governor and the entire state over the senseless murder of security agents who were on their lawful duties of securing the State.

“we pledge our willingness in the area of intelligence gathering to you and the security agencies to enhance the security architecture of the State to forestall further occurrences.”

Moon to visit White House on May 21