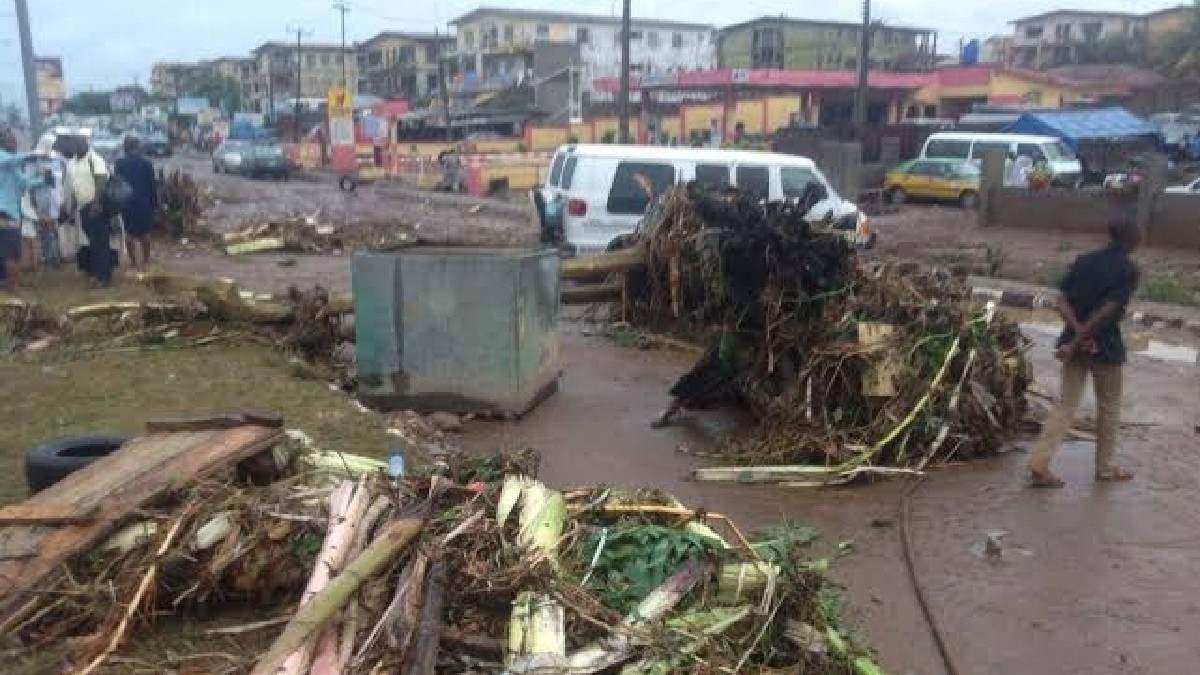 Six people were killed and many others were severely injured as a result of a heavy downpour in Jigawa State’s Kafin-Hausa Local Government Area.

The local Government Council Chairman, Muhammad Saminu, revealed this during a visit to the families of some of the victims.

According to him, six people were killed, sixty others were injured, and properties worth millions of naira were destroyed as a result of the area’s heavy downpour and windstorm.

According to a local, the rainstorm on Tuesday night displaced hundreds of families, forcing them to seek shelter in public buildings and relatives’ homes.

The heavy rain and windstorm, he said, blew up the roofs of houses and public buildings, including some schools and mosques.

According to the information he received from the scene, two people were confirmed dead and many others were injured.

According to him, “the police are yet to ascertain the level of damages but two persons were confirmed dead, many injured, while residential houses, farmlands, government assets and other valuable items were destroyed”.

A 13-year-old girl, Asabe Adamu, and a 20-year-old boy, Amadu Alto, both from Abdallawa village in Kafin Hausa Local Government, were killed.

Hamza Muhammad Hadejia, the Governor’s special adviser on inclusion, also expressed sympathy for the victims, promising that the State government would assist them.