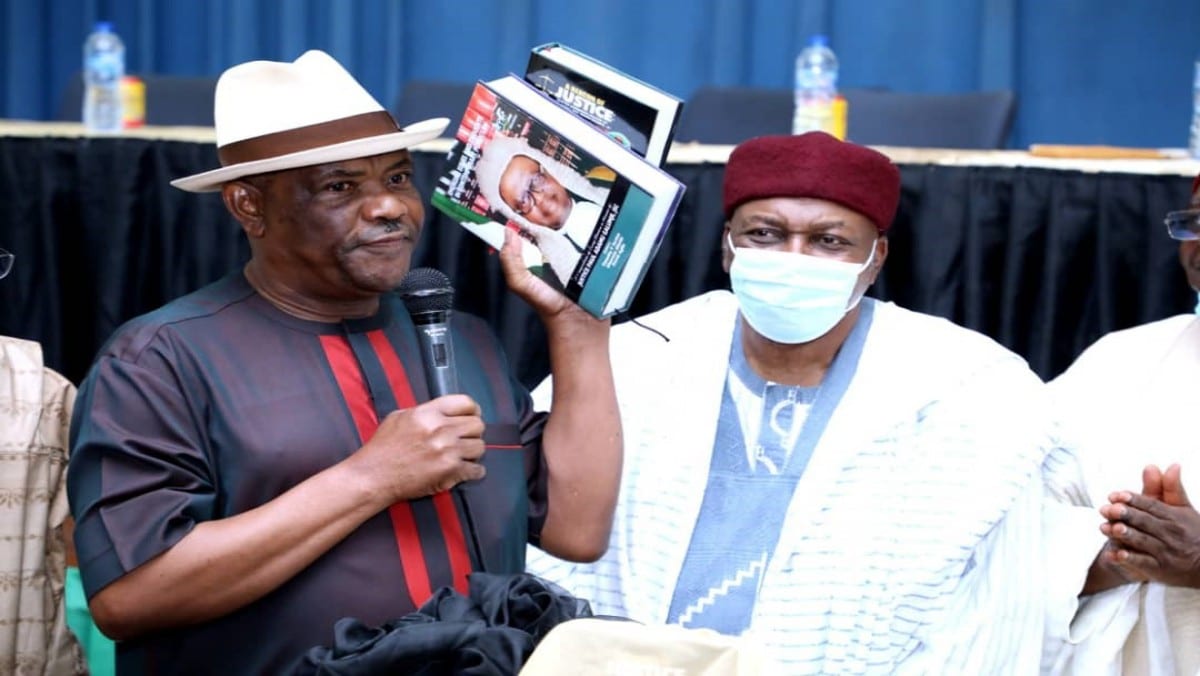 Governors of Rivers and Taraba States, Nyesom Ezenwo Wike and Darius Dickson Ishaku, have showered encomium on former Supreme Court justice, Hon Justice Paul A. Galumje for his meritorious service to the nation.

The governors said Hon Justice Galumje, throughout his unblemished career in the judiciary, left an indelible mark that will continue to impact positively on the country’s legal jurisprudence.

The governors showered encomium of the retired Supreme Court justice during the public presentation and launch of two books, Emerging Issues and Thoughts in Contemporary Public Law: A compendium of Essays in honour of Hon Justice Paul A. Galumje and A Beacon of Justice: Selected Judgments/Rulings of Hon Justice Paul A. Galumje in Abuja on Wednesday.

Governor Wike, who was the chief presenter of the books, lauded Justice Galumje for serving the nation meritoriously.

The governor explained that as a lawyer and a good politician, he has consistently followed up the judgment of justices of the courts and have never heard of any story of unprofessional conduct against Hon Justice Galumje.

Governor Wike described Galumje as a man of impeccable integrity and commended Mrs. Galumje for giving her husband support throughout his career.

Similarly, the Governor of Taraba State, Darius Dickson Ishaku, said he was deeply moved by the event organised for a man who has distinguished himself in his character and excelled in his chosen career.

Ishaku described Hon Justice Galumje as a renowned legal luminary whose name has become synonymous with excellence in the country.

According to him, the retired Supreme Court justice had conducted himself with probity, integrity, sound judgment throughout his enviable sojourn in the temple of justice.

He said the presence of eminent and influential Nigerians at the occasion was a demonstration that Justice Galumje has not only left an indelible mark in the judiciary, but has also impacted on it positively.

The Taraba State governor said the nation is presently on a crossroad and the integrity of the judiciary is more important than ever.

“We urge the judiciary to uphold the tenets of truth and justice.”

Governor Wike and Governor Ishaku launched the books with the sum of N50million and N30 Million respectively.

Chairman of the occasion, General T.Y. Danjuma, who was represented by Professor Jerry Gana launched the book with the sum of N10 million.