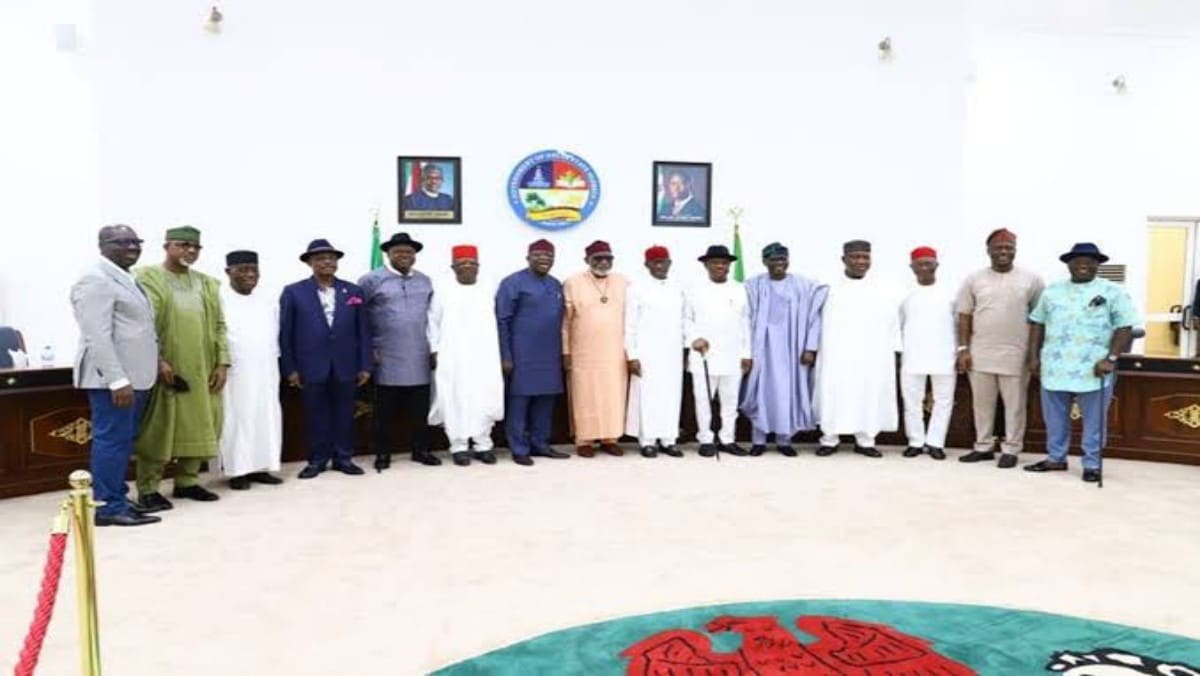 Southern Governors Forum (SGF), has yesterday resolved on immediate ban of open grazing across the Southern part of Nigeria as they requested for a national dialogue on restructuring.

The resolution was contained in a twelve-point communiqué by the Southern Governors’ Forum, read by its chairman, Arakunrin Oluwarotimi Akeredolu of Ondo State at the end of a meeting held on Tuesday at Asaba.

The meeting had in attendance 15 Governors from South- West, South-East, South- South, including two Deputy Governors from Imo and Akwa Ibom State while two others Governors of Cross Rivers and Osun State were absent.

The governors had in the meeting that lasted from noon to 3.00 pm, in Asaba, the Delta State capital reviewed the situation in the country generally. They dwelt on the current security situation, agitations, restructuring, prospects for interstate collaboration and partnerships as well as on the Covid-19 pandemic.

They banned open grazing in the southern region to stem the incessant herder-farmer clashes, demanded a restructuring of the country for more effective governance, asked for the establishment of state police and the review of the revenue allocation formula.

The southern governors also called for the convoking of a national dialogue to arrest concerns of non-inclusion in the polity.

The governors, comprising those of the South-South, South East and South West geopolitical zones, further urged President Muhammadu Buhari to address Nigerians to restore the confidence of the people.

According to the communiqué, the meeting affirms, that “the peoples of Southern Nigeria remain committed to the unity of Nigeria on the basis of justice, fairness, equity and oneness and peaceful co-existence between and among its peoples with a focus on the attainment of shared goals for economic development and prosperity.

“We observed that the incursion of armed herders, criminals and bandits into the Southern part of the country has presented a severe security challenge such that citizens are not able to live their normal lives including pursuing various productive activities leading to a threat to food supply and general security.

“Consequently, the meeting resolved that open grazing of cattle be banned across Southern Nigeria; noted that development and population growth has put pressure on available land and increased the prospects of conflict between migrating herders and local populations in the South.