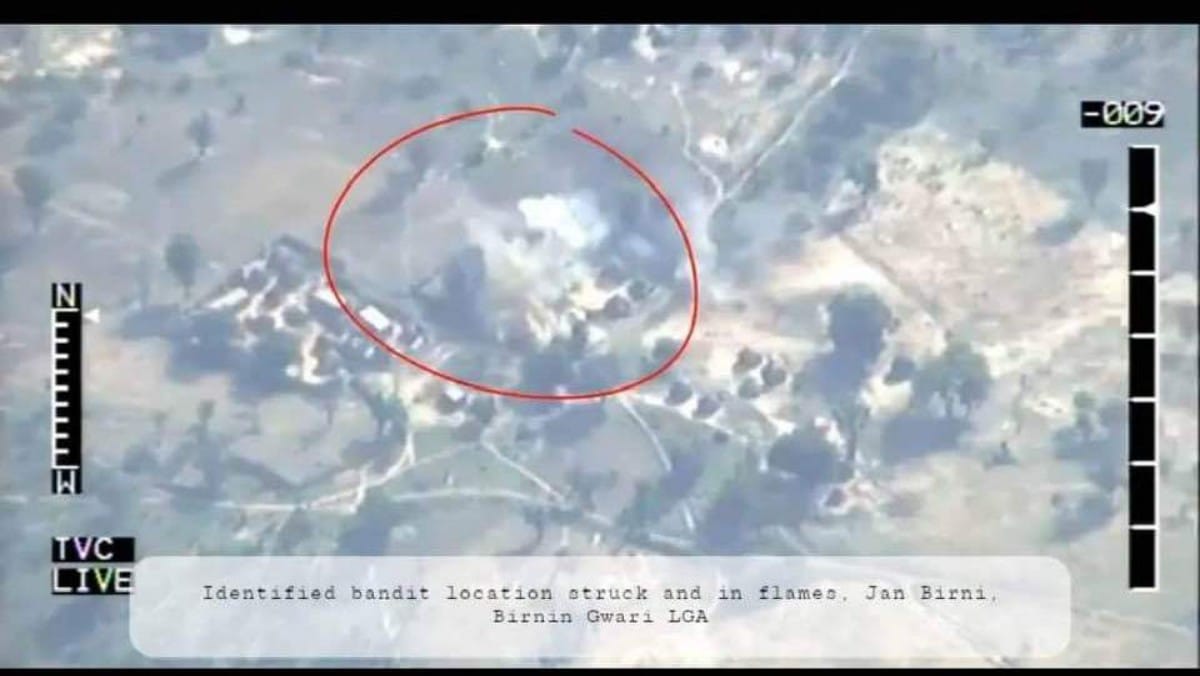 The Nigerian military has killed many bandits and destroyed their camps in some forests in Chikun and Birnin Gwari local government areas of Kaduna State, an official has said.

This was contained in an operational feedback from the Nigerian Air Force (NAF) to the Kaduna State Government on Friday.

The develpment was recorded by the ”air component of Operation Thunder Strike during a series of aerial missions across several locations in Kaduna State”.

The state commissioner of Internal Security and Homeland Affairs, Samuel Aruwan, gave the feedback public through an official statement on Friday.

Mr Aruwan said ”many bandits were killed and their camps destroyed in the air raid”.

“Armed reconnaissance was conducted over Erena, Kusasu, Kuduru, Kulefe, Kusherki and Shiroro in neighboring Niger State as well as Chikun and environs, in Chikun local government area. Bandits were seen fleeing Kaduna State part of Kusasu (in Chikun LGA) on motorcycles. They were trailed by the crew and subsequently neutralised.

Following this, armed reconnaissance was conducted along the Kaduna-Abuja expressway, Olam Farms, Rugu, Akilbu, Polewire Rijana, Katari, Jere and adjoining settlements. Normal human activities and free flow of traffic were observed along the highway and rail line. All locations scanned were reported calm with no threats observed.

“Additionally, strike aircraft carried out operations over Jan Birnin, Birnin Gwari local government area, which was observed to be active with bandits. The targets were attacked by the aircraft, and was subsequently confirmed that some bandits were indeed taken out and the camp set ablaze and destroyed.

“A second mission was flown over another identified camp in the area, which was also attacked, set ablaze and completely destroyed by two strike aircraft.

2023 presidency; ‘I won’t disappoint Nigerians asking me to run’ – Bello