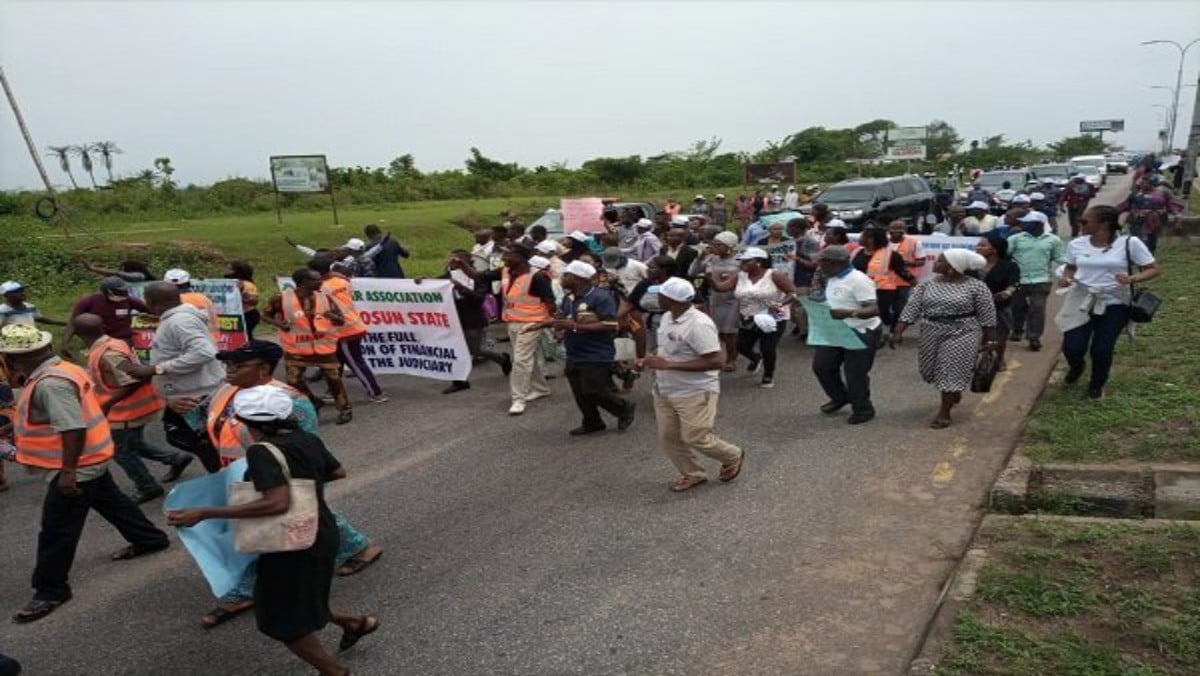 Members of the Judiciary Staff Union of Nigeria (JUSUN) and Nigeria Bar Association(NBA) on Thursday blocked the convoy of Osun Deputy Governor, Benedict Alabi during a protest.

Members of the two unions had started the protest for full implementation of financial autonomy of the judiciary at the High Court, Oke-Fia and marched to Customary Court through to Federal High Court opposite Osun State House of Assembly at Gbongan/Osogbo road.

The report said the protesters blocked the convoy with placards and banners as the security details implored them to give way.

The convoy later managed to escape at the Petrol Station close to the State Government Secretariat, Abere when the vehicles entered through the first entrance of the filling station and exit through the second gate to boycott the protesters.

The protesters ran after the convoy to create another blockage but they could not meet up as all the vehicles escaped.