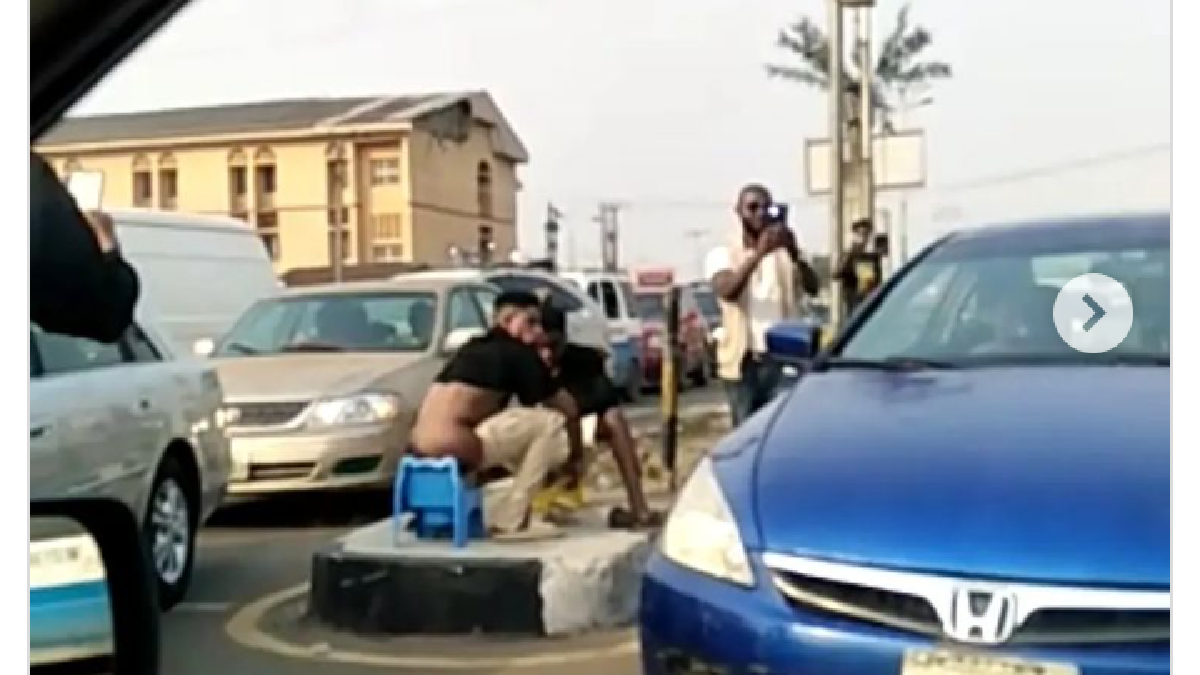 The two young men carried a potty to the intersection, unbuttoned their pants, exposed their bare buttocks, and began to excrete in the potty.

One of them, who was holding a loaf of bread, inserted a piece of it into his buttcrack, ate some of it, and gave some to his colleague. One of their friends was there to film them performing this act.

Some people, however, believe they are skitmakers.

Related Topics:Yahoo boys
Up Next