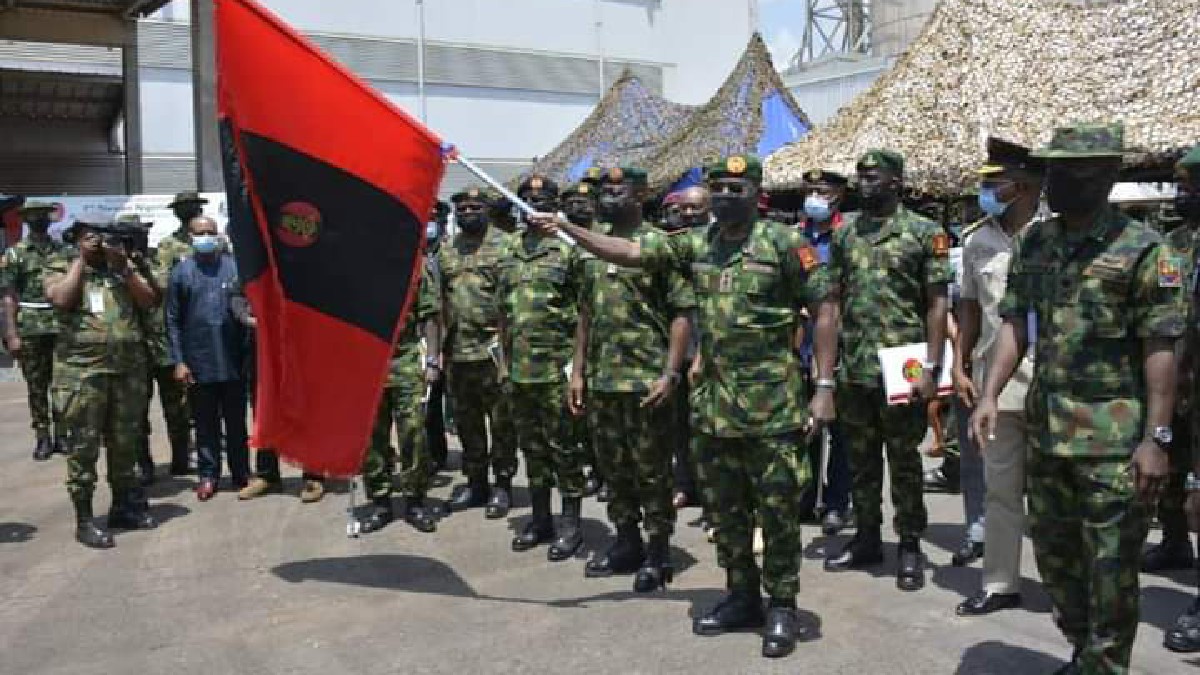 In a statement released by the Director Army Public Relations ONYEMA NWACHUKWU (Brigadier General) on the verified Facebook page of the Army, the Army said that the group targeted terrorising the people for lawfully refusing to observe the illegal sit-at-home order foisted on them on Monday 6 November 2021.

The swift response of troops compelled the attackers, mounted on two Sienna Buses and a Toyota Hilux truck to abandon their mission and withdrew in disarray. Troops are currently on the trail of the criminals.

In a separate development, the army also said that it’s troops have uncovered four Improvised Explosive Devices planted by members of the proscribed IPOB/ ESN, in their desperate effort to inflict harm on unsuspecting motorists and other road users along Orlu – Owerri road.

The vigilant troops, who were on a reinforcement mission to Mgbidi/Awo Mmama detected the IEDs planted at about 15 meters apart on both sides of the road and safely defused them. No casualty was recorded during the defusion.

The troops also recovered four wraps of unexploded ordnances, one motor cycle battery, two vehicle alarm devices, one detonator, wires and batteries. The road has been safely cleared and motorists have resumed plying the road.

“We urge all law abiding citizens to go about their normal businesses and disregard the illegal sit at home order. We also appeal to the good people of Mgbidi, Awo Mmama and Omuma Communities to report any suspected movement of members of the irredentist group, who may be seeking a safe haven, to relevant security agencies”.