Sylvester Oromoni; “If they Refuse to give us justice, this school will not be open" - IYC (Video)
Advertisement 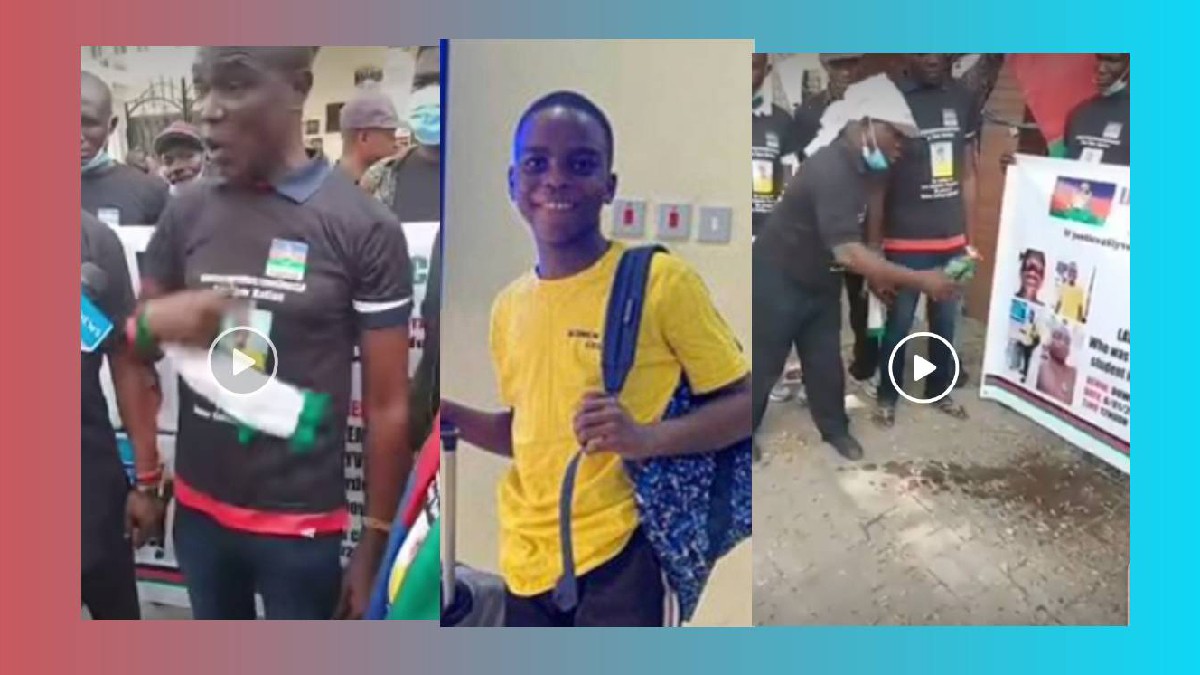 Members of the Ijaw Youth council protested in front of the school on Thursday, claiming that the school could not reopen while justice was still being served.

According to a video released on Facebook by Rootstv Nigeria, the Ijaw Youth Council has demanded justice for Sylvester Oromoni, a 12-year-old student at Dowen College in Lekki, Lagos State, who was allegedly bullied to death at the school.

Members of the council protested in front of the school on Thursday, claiming that the school could not reopen while justice was still being served.

The late Sylvester was from Delta State’s Ijaw tribe.

The IYC condemned the legal advice issued by the Lagos State Director of Public Prosecution, Adetutu Osinusi, clearing Dowen College staff and students of complicity in the young man’s death.

Remember that on Tuesday, Osinusi issued a legal opinion stating that the police investigation and the two autopsies performed on the deceased’s body failed to establish a prima facie case against the suspects — five students and five college staff.

The interim and final autopsy reports issued by the Lagos State University Teaching Hospital, as well as the toxicology report of post-mortem samples, established the cause of death as Septicaemia, Lobar Pneumonia with Acute Pyelonephritis, Pyomyositis of the right ankle, and Acute Bacteria Pneumonia due to severe Sepsis, according to the Legal Advice.

However, the IYC leaders responded by saying that any attempt to open the school would be strongly resisted, and that they would invade the school with their school bags and food flasks.

One of their leaders said, “We are here today to express our anger and grievances with the fake and corrupt report released by the Lagos State Director of Public Prosecution that this school where cultists are being trained is cleared. They cleared the same people that killed our son without trial, without concluded investigation; they said they cleared this school to open.

“Nobody can stop us, when this thing happened, we said okay, we want justice, we folded our hands, this is the first time in the whole world we heard that before an investigation is concluded, before a case got to court, all of a sudden, during holiday, they tried the case in their houses and cleared them.

“Our son cannot die and their children will walk in here, it’s not possible, we want justice, justice is not done served.”

Sylvesy Oromoni; Father Asks His Lawyers to Take All Necessary Actions to get Justice.