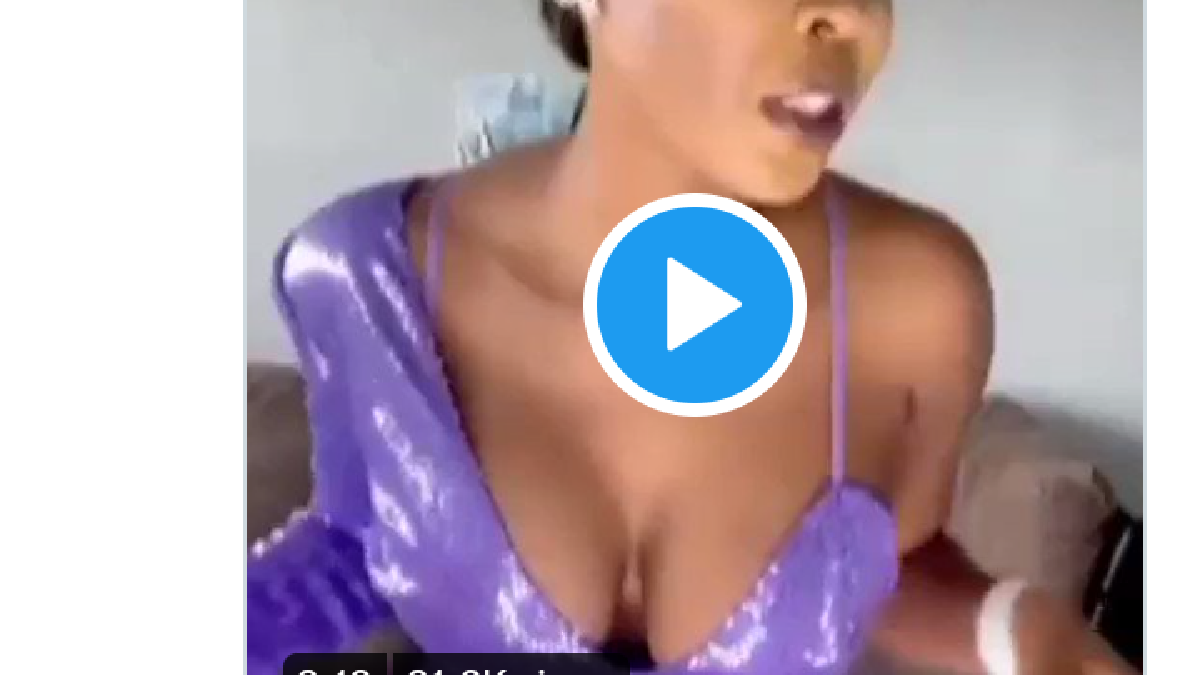 Stephanie Otobo, a Nigerian singer based in Canada, has again accused Apostle Johnson Suleman of the Omega Fire Ministry Worldwide of having an affair with her. This time, she also alleged that the popular Nigerian pastor tried to poison her in an attempt to kill her.

The singer shared photos of their video chats in a series of tweets on Monday, as she laid out allegations against the cleric.

Stephanie Otobo and pastor Suleman; How it all started.

The Otobo and Suleman saga first made headlines in 2017 when the singer filed a sexual harassment and assault lawsuit against the preacher.

Recall that 3years ago, Apostle Suleiman of Omega Fire Ministries Worldwide was the subject of a sex scandal that went viral on social media.

At a news conference in Lagos in 2017, Otobo claimed that, in addition to frolicking with the pastor in Lagos, she had sex affairs with him in the United States and Italy.

The canadian based singer, Otobo, who answered journalists’ questions at the event, revealed details about Suleman’s alleged sex appetite, sleeping habits, how they arranged their meetings, and payments she received.

She later denied the accusations, claiming that politicians influenced her to ‘lie’ against the Pastor.

Stephanie Otobo and pastor Suleman; What has changed?

After the Stephanie Otobo and Pastor Suleman Saga slowed down in 2017, everyone thought it was all over, especially after Stephanie Otobo appeared to confess that she framed the man of God falsely.

Recall that Stephanie Otobo had apologized to Apostle Johnson Suleman of Omega Fire Ministries, claiming that she was manipulated and used by politicians. Otobo begged forgiveness while apologizing to Christ’s body.

But it now appeared that the so called apology didn’t come from her heart, after today’s revelations.

She wrote on Monday, (while sharing a photo of the cleric’s alleged sexual organ), “Oracle of God, can you deny this?” Your left thigh scar and your fingernail?”

Defending her posts, she wrote, “If these screenshots were fake, how did I get his pictures that aren’t public pictures in the first place and how come I’m the first to release this kind of pics of him?

“He has changed his hairstyle twice since I came out to speak up with receipts. He has done alot to appear different.”

Rolling out allegations against the pastor, she said, “He did everything to stop my music career. He was scared that I’ll be influential.

“He even poisoned me, paid my friends to set me up and bribed some members of my fam to assassinate me. Lured me to come to make a false confession at his church in Auchi that I lied against him.”

The pastor had yet to respond to the recent call-out at the time of filing this report. However, he released a tweet alleging that he was trending because he called for an end to ASUU Strike.

He wrote “I tweeted ‘End ASUU strike’ yesterday Sunday and today Monday I am trending on twitter.. una well done!Same strategy all the time..You guys should had done this at least a week later to avoid traces..END ASUU STRIKE!”.

When she previously accused him and sued him for $5 million in 2017, he denied her allegations and filed legal action against her.

See Also “Restrain from any comments on the IPOB” IPOB to Apostle Suleman.

Stephnie Otobo has always been vocal on social media sharing many of her pictures. Take a look at some of the pictures we collected from her Instagram handle.

Where is Stephanie Otobo now

Stephnie Otobo is currently outside. the country. Reports say she’s currently in canada.

Meet the “Most talked about man on the planet”