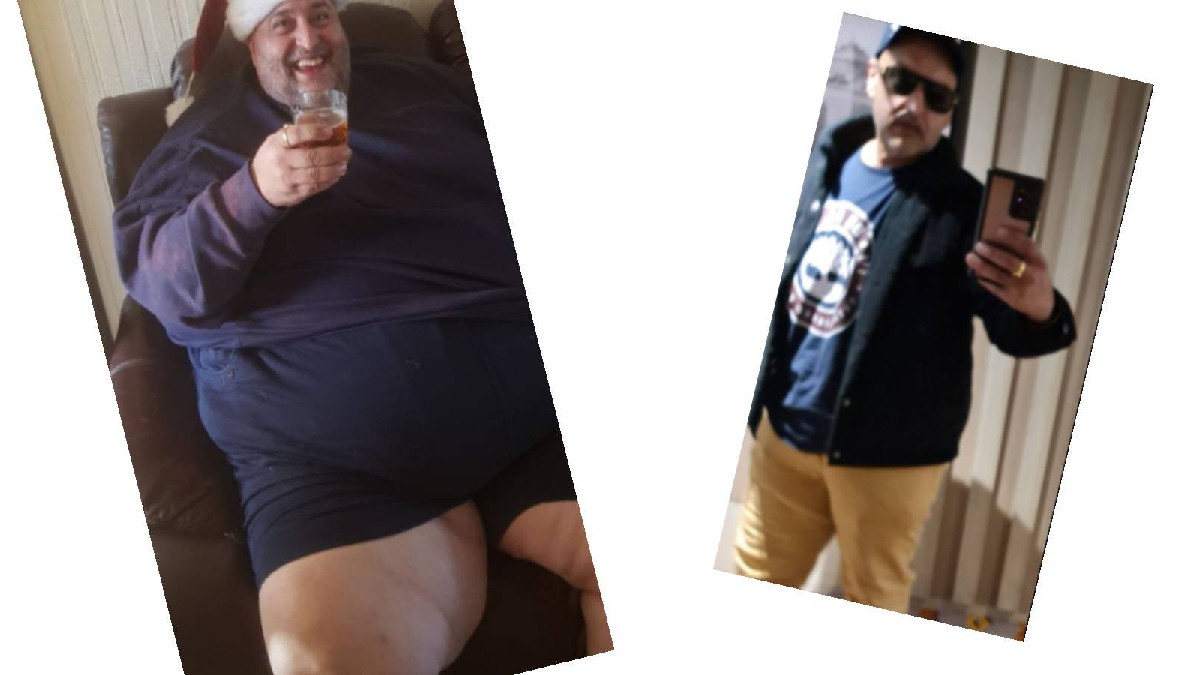 Harvey Olikh One of the UK’s heaviest men is ecstatic after losing over 190KG.

He used to weigh more than 317KG, but after a health scare, he has lost more than half his weight.

He was admitted to the hospital in November 2019. Doctors were surprised he wasn’t bedridden, and one warned him: “If you live like this, you’d die within two years”

Harvey was admitted to the hospital for four days after contracting a cold, which prompted him to begin losing weight.

The 48-year-old explained: “This weight loss is a never-ending gift – and it’s not just for Christmas!

“It’s as if I awoke after Scrooge’s three ghosts, and I’m still alive.”

After getting tired of being mocked for his size, he finally decided to take weight loss seriously.

On one occasion, he was refused entry to a hotel because the owner was afraid he would break the stairs.

See Also Is Lukaku the Problem of Chelsea?

Harvey, of Romford, Essex, said: “I can go to the cinema with my wife, I can go shopping with her, I can go on holiday and go mountain trekking.”

See How Much Bruce Springsteen Sold His entire music catalog and music rights.

“By this time next year, I’ll Get a Grammy”-Whitemoney