"PDP May Become an Empty She'll Before 2023"-Adesina.
Advertisement 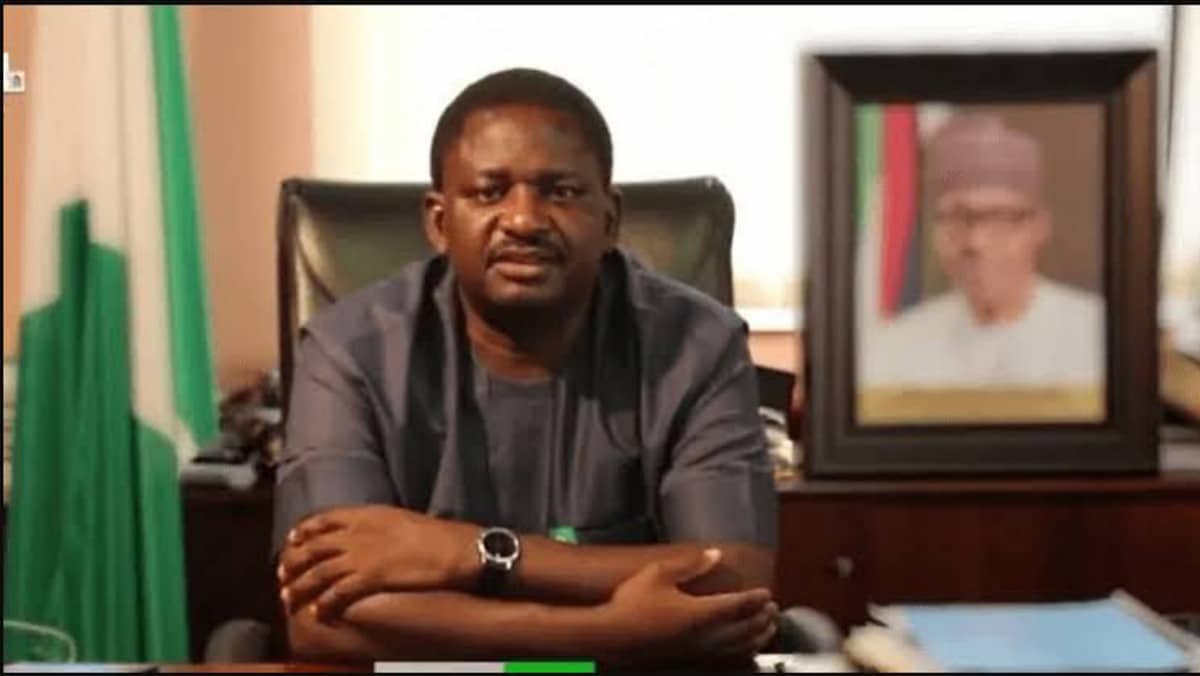 The Special Adviser to the President on Media and Publicity, Femi Adesina, says the Peoples Democratic Party may become empty and vacant before the 2023 races. According to him, this is because of the new surrenders and Defections from the Party.

The vessel is leaking, and taking in water massively. It may have to scream ‘May Day’, ‘May Day’ soon, and evacuate.“The irony of it all is that whenever the PDP is making gains politically, all is jolly well and good. But when it suffers reversals, then democracy is threatened in the country.“In 2015, by the time the dust of general elections settled, the All Progressives Congress had 24 Governors. PDP had 12, and All Progressives Grand Alliance had one.
“PDP, which had always vaunted itself as Africa’s largest party, threatening to rule us for minimum of 60 years, was looking like King Lear at his worst. It had been knocked off its perch at the national level, also in many states, and its snout yanked from the country’s honeypot. It was terribly unhappy.

“By combination of schism, implosion and explosion, APC did not manage its success well. By 2019, the number of its governors had dwindled to about 19. And PDP was reaping the harvest. But APC retooled, got itself straightened out, and returned to winning ways.

“APC is equally swelling in terms of lawmakers and membership, both at the Federal and State levels. The winner takes it all, the loser standing small.“PDP, at its lugubrious worst, is screaming and kicking.

They are plundering us! Democracy is in danger! Oh, really? Since when?

“Welcoming Matawalle into the APC early last week, President Buhari said the party was becoming more popular ‘because of its impressive performance record and commitment to good governance.’

“True. But PDP never wants to hear that, and it accounts for all the obfuscation we see in the country. We have security challenges, very severe ones, no doubt. And those challenges are being frontally confronted, with the criminals ‘being sent to God to account for their crimes.’”

Three governors recently defected from PDP to APC. While Umahi of Ebonyi defected in November 2020, Ayade joined APC in May 2021 while Matawalle followed suit in June 2021.

UK Warns That Rise In Conflicts Can Distablise Nigeria

Meanwhile, the United Kingdom has cautioned that the ascent in clashes could destabilize Nigeria if critical moves were not made to address the circumstance as the country plans for the 2023 Elections.

The British government likewise put the emergency on shamefulness and exemption just as powerless legal organizations, demanding that the contention represented an existential danger to Nigeria’s solidarity and improvement.

Talking at the dispatch of the Nigeria Governors’ Forum Peace and Inclusive Security Initiative in Abuja on Thursday, the Development Director, UK Foreign, Commonwealth and Development Office, Mr Chris Beecroft, saw that harmony and steadiness could be accomplished when the reasons for struggle in the public arena are overseen through solid, reasonable, and responsive administration instruments at local area, state, or government level.

He identified the proliferation of small arms and weapons and “the weaponisation of social media as drivers of conflict and instability.”

The FCDO Director called for job creation for young Nigerians “so they have a stake in a prosperous and peaceful Nigeria,” adding, however, that with the right commitment, dedications and support, “there are solutions.”

Chairman of the Nigeria Governors’ Forum, and Governor of Ekiti State, Kayode Fayemi noted that the spate of violence and coordinated criminal activities have undermined government authority and weakened public trust.

He stated, “The current security crisis in the country is caused by several factors including an oversized population that the government is unable to cope with, a large number of poor people estimated at over 40 per cent of the population who are living below $1 per day, and indeed, desertification which has affected over 60 per cent of Nigeria’s land, as drought and climate change has continued to aggravate land deterioration in the country.”

Former head of state and Chairman of National Peace Committee, Gen. Abdulsalami Abubakar (retd), in his remarks, expressed worry over what he called the instrumentalisation of violence, noting that “violence has become a commodity in Nigeria.”

Abubakar, who was represented by the Catholic Bishop of Sokoto Diocese, Bishop Matthew Hassan Kukah, argued that poverty was not the cause of violence in Nigeria, noting China has about 300 million unemployed persons.