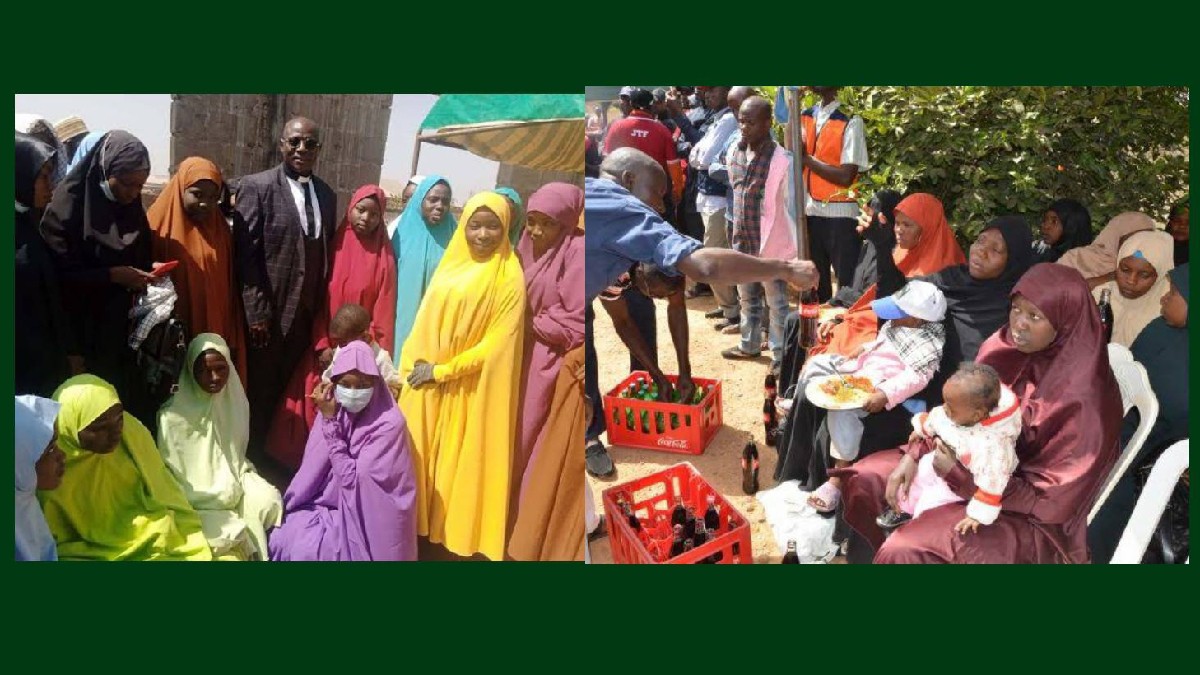 Hundreds of Muslims attended a Christmas church service in Kaduna to promote peace and unity.

He stated that despite security challenges bedeviling peace and stability in Nigeria’s 19 Northern states, and the outbreak of Omicron variant of Covid 19, as well as the equally high cost of transportation, hundreds of Muslims, including women and children, attended this year’s Christmas morning services with the goal of strengthening good relationships, better understanding, love, and religious tolerance.

“Over 500 muslims from Kaduna,Kano,Zamfara,Katsina,Abuja and Niger states joined us at today’s Christmas service to promote peace and unity”
“We have counted them one by one and got 525 Muslims that attended todays sermon. “

“All the muslims that attended the christmas service were from all islamic sects which included Tijjaniya,Shiiat,kadriyya and sunni.

” We must remember that we are created by One God, and we are the children of Adams and Eve, and we both have our holy scriptures (Bible&Qur’an)  from One God which guided us on how to live in peace and harmony with each other”.

He prayed to Almighty God to put an end to the continuous killing of innocent citizens along highways and in villages, while appreciating the efforts of states and the federal government to deploy security in troubled areas.
The Man of God prayed for the Nigerian military, police, and other volunteer paramilitaries to be successful in all of their peacekeeping missions around the world.

According to Buru, the church must not forget the contributions of Muslim women such as Hajiya Ramatu Tijjani, whose assistance to widows and orphans was immeasurable.

PSquare Asks For Forgiveness on Stage.