Meet The Rep member Who has 28kids, Now targeting 30 Children Before 2023.
Advertisement 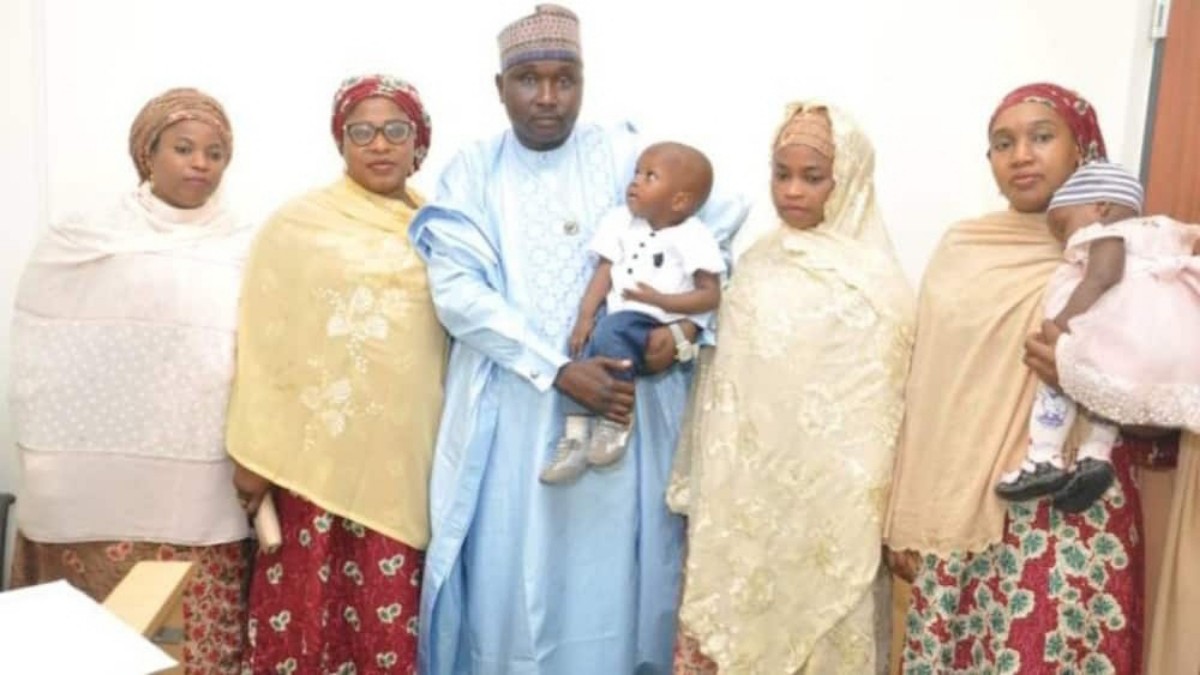 Hon. Alhassan Ado Doguwa, Majority Leader in the House of Representatives, elicited raucous laughter during Tuesday plenary when he sensationally stated that he was aiming for 30 children to create a family unit for his family.

During yesterday’s plenary session, Doguwa announced that one of his four wives had given birth to a healthy baby girl.

With the arrival of the new child, the lawmaker now has a community of 28 children, and he claims that number is still growing.

Doguwa, 56, is the longest-serving member of the Kano state House of Representatives, representing the Doguwa/Tudun Wada federal constituency.

Doguwa, a First Class Graduate of Mass Communications from Bayero University Kano, entered politics immediately after graduation and was elected to the House of Representatives in 1992 under the defunct Social Democratic Party, SDP.

He was re-elected in 2007 and has served in the House ever since.

See Also Sylvester Oromoni: House Masters And The Students Released on Bail as Autopsy Report Exonerates them from Mother – Police

Responding to the minority leader of the House, Hon. Ndudi Elumelu, who congratulated him on the birth of his child, Doguwa stated that he was still active.

He stated that the baby had been born within the last 24 hours and that she was doing well with her mother.

“Now that we are considering the Electoral Act amendment, I would also add when we get to the floor perhaps in the Committee of the Whole, I would appeal to my members so that we suspend relevant rules and we have a clause in the Electoral Act where it permits families that do have up to 30 kids in their homes to have an electoral polling unit in that family,” he said.

Reacting, the Speaker, Hon. Femi Gbajbiamila, asked if he was working towards a polling unit in his house with two more children.

In response, Doguwa said: “At least between now and 2023 before the elections come, if you allow that, then I would have a polling unit within my home.”

“The official car of the governor of Anambra State will be an Innoson Vehicle.” – Soludo