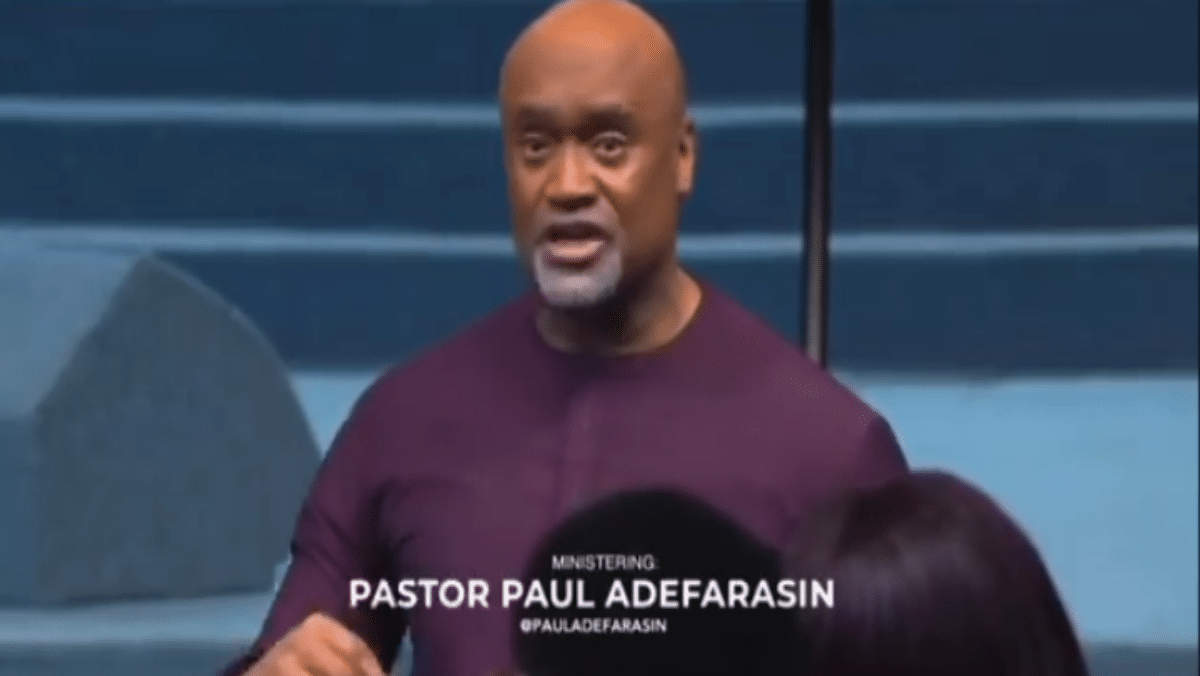 The General Overseer of House on the Rock Church worldwide has expressed his displeasure some political structures in Nigeria.

He was particularly critical of the Independent National Electoral Commission describing it as a Fraud.

In his words, “If we don’t fix some of the problems of Nigeria today, that is this INEC problem (I will say it plainly, INEC put me in trouble if you like) I will say it plainly INEC, it is a fraud. The numbers in Nigeria as far as census are concerned and as far as election is concerned are a lie, and if nobody will speak up about it the righteous should speak, our righteousness is not of ourselves, it is of him that protects.” He alleged that numbers being dished out by INEC do not truly reflect where the numbers are.

He continued “this is the only nation in West Africa, the only nation in the world where you move from the ocean to the desert and the numbers (Population) increase. This is the only country in the world where you move from a large body of water to a place where there is little or no water and numbers increase. It was not Nigeria that started it it was the parents of Nigeria who are not good parents.” See the video.

He encouraged his members to go the world and make changes. “Who do you think God is counting unto to rebuild Nigeria?” He asked his members, A few people responded ‘its me’. He went on to tell them that they were the ones to makes changes in four critical areas of the Nation.

According to the renouned preacher, the Four critical Areas are;

*The economy; He said “in the economy of Nigeria there is a lot of darkness and wickedness until the light goes there righteousness and Commonwealth will not come to all Nigerians. When you go there don’t become part of the darkness otherwise you would never see light in the first place” He encouraged his members to take hold of the economic space and make changes.

* Culture; According to him, culture is that which determines our values and our norms. He said, “It is regulated and instigated by journalism, education, music, entertainment and all the cultural accents”.

“You must go and register in a political Party” – Paul Adefarasin

The pastor continued “Your next president of this country God must bring him. And he will not bring him without your collaboration. You must go and register in a party otherwise you’re not part of the selection process”.

“The election process has already been rigged to years before for the day. It is the selection process that matters and most Christians are not involved in selection. That is an abdication of responsibility. Go and get your party card otherwise you have no voice and your opinion does not matter in the choice of leadership.

He went on to encourage his members who he described as the righteous, to join, saying that the Nigerian political system needs them. “And those choices (choices of leaders) are made in the ward and when you go to the ward guess who is there; people who do not have your erudition, your understanding your panoramic view of things, and who cannot make better judgement for the common interest of Man.” “The country deserves people like you because people exactly the opposite of you are the people ruling the country. And from the wards they are the ones who select your governors, they select the members of your house of representative, they select your senators, they select your congressmen and they select the president. it’s a party system and if you’re not in the party will not affect the system.

See also Obasanjo to Igbo leaders-“APC Has no Plans to Handover to an Igbo president.”

The well read Pastor also took a swipe at those he described as Christians who threw their christianity away because of power. He described them as those who are supposed to be light, but has decided to stay deem because all that is important to them is “get all you can, can all you get sit on the can and make a lot of money”. He said that God is not happy with those kind of people.