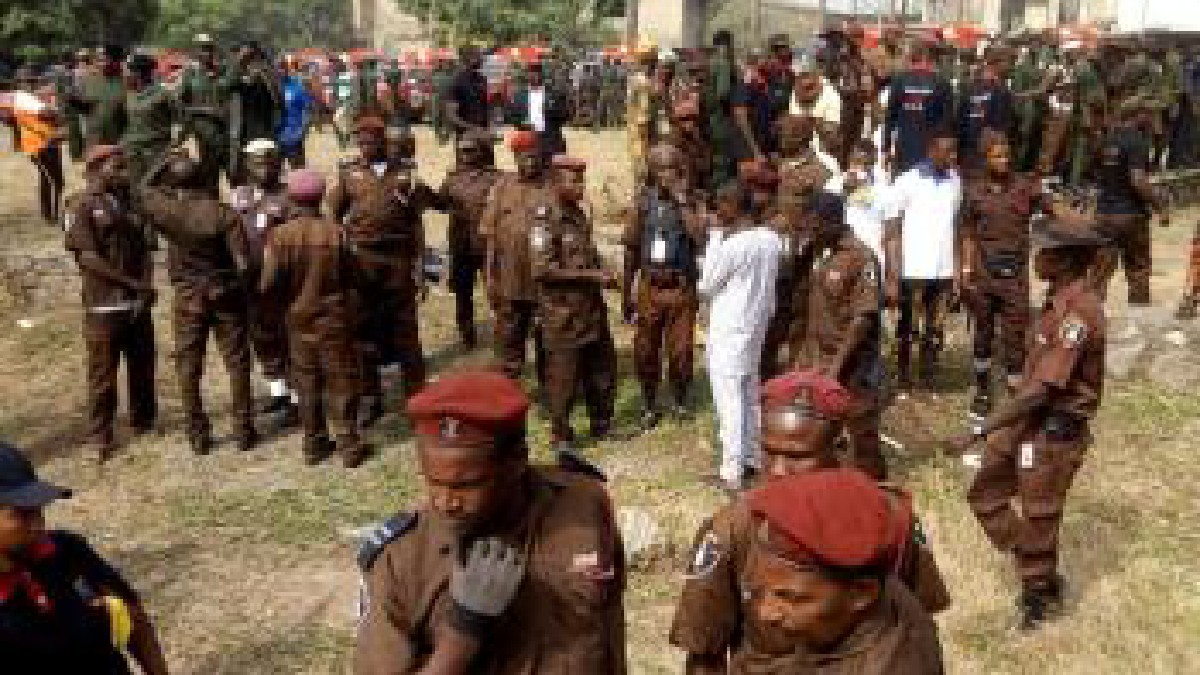 Bashiru Ajadi, a suspected ritualist, was apprehended by police operatives for allegedly killing and dismembering his girlfriend, Ashiata Salimon, in Ajadi Arin village, Ayedire local government area, Osun State, after she paid the suspect a visit.

Ashiata went missing four weeks ago after visiting Ajadi at his village residence via Oke-Osun.

Some of her relatives, however, suspected she had been kidnapped by her lover and decided to report the incident to Amotekun operatives in Iwo.

Her body was later discovered dead, having been dismembered for alleged ritual purposes.

Comrade Amitolu Shittu, Field Commander of Osun Amotekun, confirmed the incident, saying the suspect fled when operatives went to his house to invite him for questioning.

“One of the sons of the victim and a friend to her mother reported the matter to us at Iwo community. Our men swung into action but before we get to the house of Ajadi he had fled. The matter was later reported to the police and the suspect was arrested at Laupon in Oyo State.