Fire Outbreak in Upper Iweka; All You Need to Know.
Advertisement 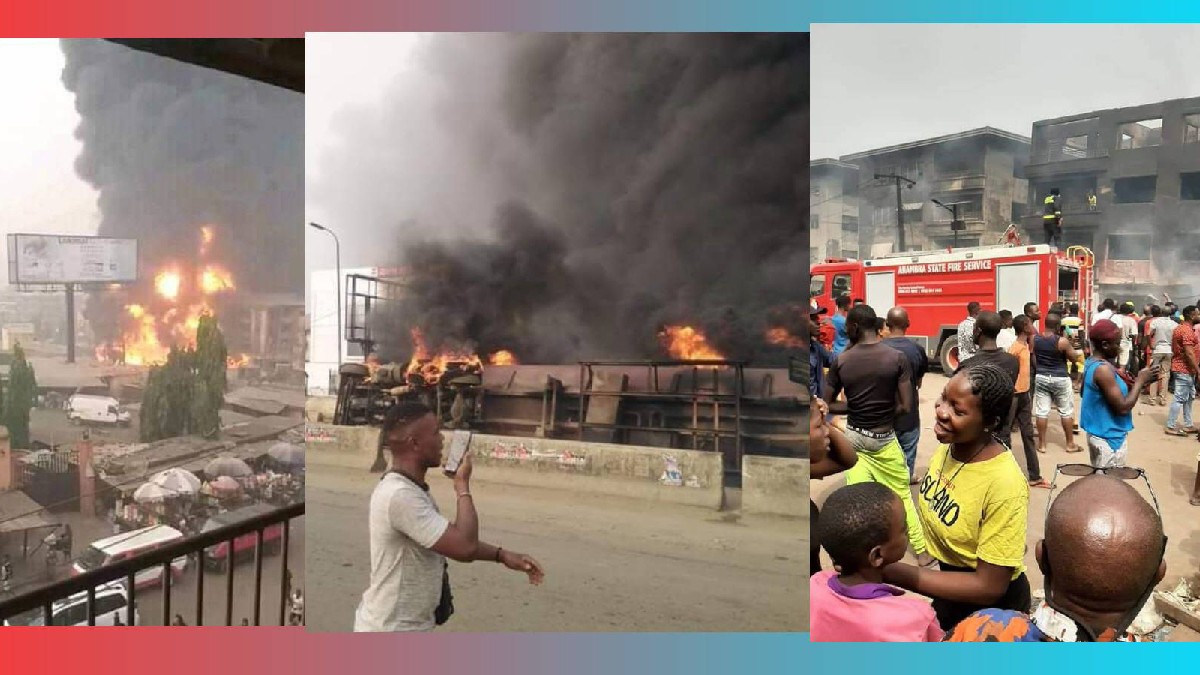 On Friday, an inferno erupted in the Upper Iweka area of Onitsha, Anambra State, after a fuel-laden tanker exploded.

The explosion happened near Obodoukwu Road in Onitsha, Anambra State, at the Ezeiweka Junction, Awada.

The tanker broke down near the busy Ezeiweka Junction, Upper Iweka Onitsha-Owerri Road axis, just a stone’s throw from Obodoikwu Road and directly to Owerri Park and the Relief Market Onitsha.

As a result of the fire, which began at 9.30 a.m. and caused a long traffic jam in and out of Onitsha, many shops and buildings in the surrounding area were destroyed.

People were seen running helter-skelter to evacuate their goods from shops that had not yet been affected by the spreading fire, while others were seen attempting to salvage some of their damaged goods.

What Caused the fire?

The tanker was said to have crashed because of a large pothole that appeared around July 2021 and has been causing accidents.

Cranes had also fallen, killing tricycle operators and pedestrians while causing damage to other vehicles passing through the dangerous section of road.

A similar pothole appeared at the Obonoukwu road junction by the Onitsha-Owerri road in 2020, not far from today’s accident scene.

How the Fire was controlled

Reports said Firefighters from Anambra and Delta counties were on the scene, and battled the flames.

According to the Vanguard Newspaper, The fire fighters ran out of water and left to get more, while the fire raged on.

In his statement on facebook, a man who identified himself as “Fire Chief Agbili Martins Agility ” claimed that his trained firefighters brought the fire under control after about 5hours of work.

His statement reads in parts

“My lovely and professional trained Firefighters who joined in the Onitsha fire fighting from Awka to assist the Firefighters in Onitsha.

“They are happily coming back to Awka from Onitsha after a successful five (5) hours fire fighting operation.”

“THOSE OF YOU THAT WERE ATTACKED AND INJURED, I wish you quick recovery. God has not forgotten us for our selfless and humanitarian service. We can never be discouraged or demoralized by the attacks and criticisms from ignorant people.”

We will continue to give out best to Ndi Anambra because our core responsibility is to save lives and properties.

He also ceased the opportunity to tell the public to always support fire fighters instead of attacking them.

He wrote; “SENTIMENT APART:
If only the public understand the nature of this work which Firefighters do, the public will continue to shower blessings and praises to Firefighters everyday.”

“I love ❤️ and appreciate you my lovely team.”