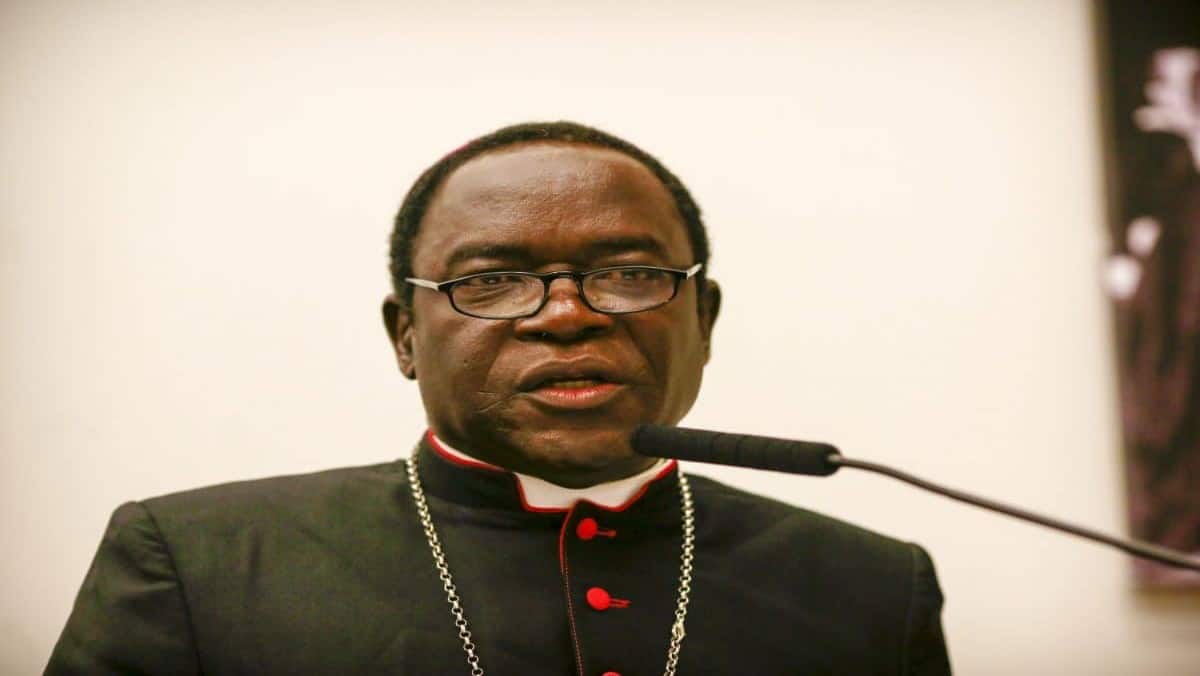 Catholic Bishop of Sokoto, Most Revd Matthew Kukah, on Wednesday, accused the Federal Government of failure to handle the issue of security which it promised to do before taking over power.

This was one of the things he said during his virtual presentation to the Tom Lantos Human Rights Commission in Washington, DC, on the persecution of Christians in Nigeria by armed extremist groups in the North.

Kukah said the people are yet to see any tangible move towards tackling Nigeria’s insecurity which, according to him, has a religious undertone.

He stated that the people were agitated, adding that there was palpable fear and tension across the country.

The clergy, in his testimony before the US Congress Commission, claimed religious violence against Christians in Nigeria was a recurring experience of many years, but the spate of the attacks has risen steadily in the last 10 years.

According to Bishop Kukah, the extremists target mainly Christian schools in the North, “indoctrinate the children and end up converting the girls to wives, cooks, spies, sexual slaves and so on.

“The story of Leah Sharibu suggests very clearly that there is, in many instances, a relationship between the conditions in which people find themselves and the faith they believe in.”

According to Bishop Kukah, “The last year 2020, some of our Priests in the North were killed. The extremists kidnapped our children and forcefully converted them to Muslims.

“We have issued statements and called the attention of the government to our plight. We have also reached out to let the government know that we are willing to cooperate towards the greatness of our country.”

The Bishop, who is the Secretary of the National Peace Committee, accused President Muhammadu Buhari of deliberately appointing more people of his ethnicity and faith into political offices.

He said, “The North even the whole country is invaded by armed bandits, kidnappers etc who attack communities at will. The fact that the government seems to be either helpless or uninterested in dealing decisively with these people has added more confusion.

“And the contradiction here is that the President has blatantly pursued nepotistic…, and policies that show very clearly his preferences for men and women of his faith.”

The Bishop of Sokoto Diocese also said “for the first time in Nigeria the people heading three arms of government; the President, Senate President Speaker, and Chief Justice are all Muslims. These are all fine gentlemen, but that is not the point. The level between Christians and Muslims has exacerbated. This kind of situation has never happened before.

“What is significant here is that we are in a democracy; with weak structures, and institutions. These are existential issues. So, we require practical assistance that can help us and our children.”

Meanwhile, thevç Media Office to former Senate President, Dr. Bukola Saraki, yesterday, faulted claims by the Presidency that the 8th Senate did not organize a security summit to tackle the challenges facing the country.

In a statement, Special Adviser on Media and Publicity, Abubakar Bukola Saraki Media Office, Yusuph Olaniyonu, said there was a deliberate attempt to push out false narratives aimed at “shifting blames continue Reading