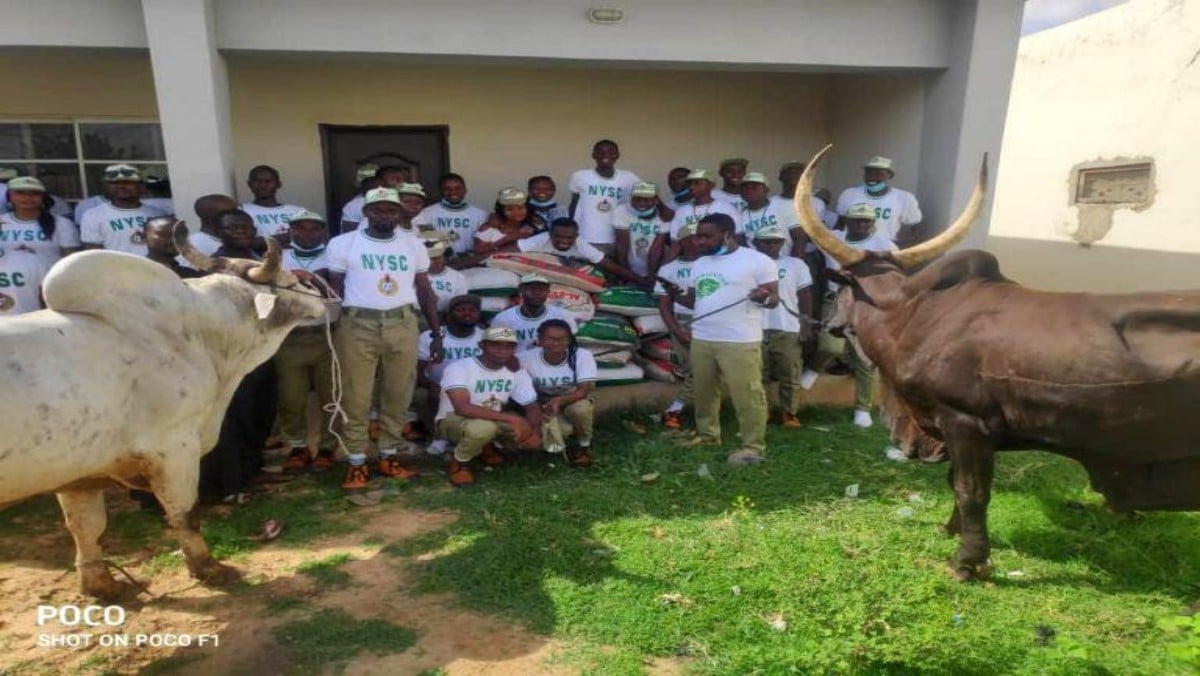 Nigeria’s President Muhammadu Buhari has given out gift items to NYSC members in Daura. The President did this in celebration of this year’s Eid-El-Kabir.

Speaking to the Corp Members when they paid him a courtesy visits, the president admonished Nigerians to pursue things that promote national unity rather than dissipate energy on divisive actions.

The President noted that despite cultural or ethnic differences, Nigerians were better off as a united people under one nation.

He described the National Youth Service Corps (NYSC) as one scheme that has, since its inception in May 1973, promoted national cohesion.

The President said that he had always praised former Head of State, Gen. Yakubu Gowon, for the initiative, which, according to him, has created more opportunities for uniting the country.

He said the NYSC had broadened the horizon of citizens, opened up opportunities and enhanced the understanding of cultural differences.

President Buhari urged NYSC members to make the most out of the opportunity of travelling around the country, especially in understanding different climates, cultures, languages, and the nation’s views on life.

He said: “Every time I meet with former Head of State, Gen. Yakubu Gowon, like recently, I still commend him for the initiative of the NYSC.

The NYSC is spectacular in many ways.“I feel very strongly about the NYSC and I am wishing you all the very best.

I assure you that you will be much better as Nigerians after your experience.“Some of you have come from Port Harcourt, Lagos and Calabar and you can now feel the heat of Daura and how close it is to the desert.“Not only the cultural differences but also physical differences. These are the things that make Nigeria.

He also praised the President for revamping the economy.

Babayo thanked the President for his efforts and sacrifices to restore peace across the country and policies to diversify the economy.He assured him of prayers for a successful time in office, and God’s guidance in decision-making.

The Chief of Defence Staff (CDS), Gen. Lucky Irabor, will be in Imo State on Thursday.

The 34 Artillery Brigade of the Nigerian Army, Obinze, Owerri, says all is set for the visit. CONTINUE READING

Related Topics:Eid-El-KabirPresident Buhari
Up Next