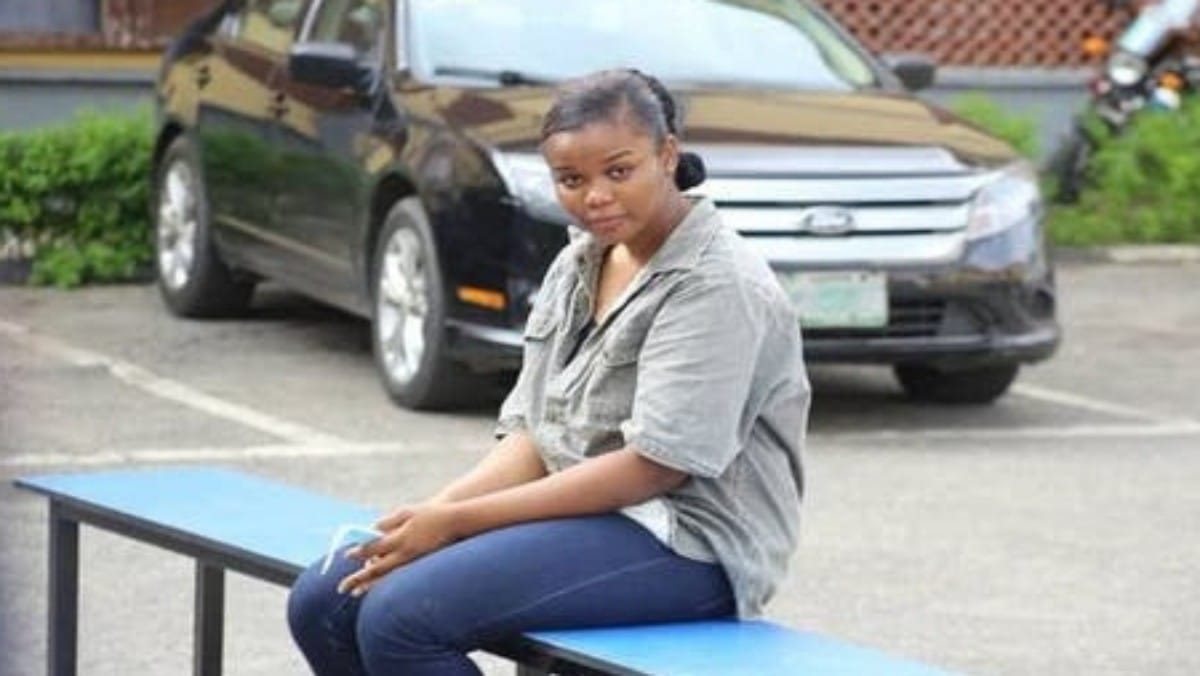 Officials of the House of Representatives has called on the Nigerian Police to ensure the safety of Chidinma Ojukwu, the suspected killer of Chief Executive Officer of Super TV, Usifo Ataga, saying that she must not die in custody.

The House further called on the Inspector General of Police, Usman Baba, to “call all police personnel to order and ensure that there is no repeat of this violation of human rights and media access to arrested persons in the future, to avoid compromising the case in a court of law.”

According to the lawmakers, this is to ensure that future cases are not treated in the same manner.

In addition, the House said the IGP must ensure that “Ojukwu (the accused) does not die in custody or commit suicide while awaiting trial as in some past cases.”

These were the resolutions passed by the lawmakers at the plenary on Tuesday, following their unanimous adoption of a motion of urgent public importance moved by Tolu Akande-Sadipe and titled ‘Call for the Compliance of the Police Force with the Laws of the Federal Republic of Nigeria and Proper Investigation into the Death of Late Mr. Usifo Ataga.’

The Lagos State Police Command had on June 24, 2021, paraded the suspect where she had admitted to stabbing the 50-year-old in the neck with a knife after a disagreement.

However, in a video that went viral on Monday, the undergraduate denied killing the Super TV CEO – a claim that is contrary to her initial confession.Moving the motion on Tuesday, Akande-Sadipe, said,

“The House notes that Ms Chidinma Ojukwu, a 300-Level Mass Communication student of the University of Lagos was arrested on Wednesday, 23rd June, 2021, over the murder of Chief Executive Officer, Super TV, Mr Usifo Ataga, in a service apartment in the Lekki area of Lagos State.

“The House is aware that since the arrest of Chidinma Ojukwu, she has been paraded around, granting interviews to various news platforms, including the Nigerian Television Authority, on the matter, causing the internet and news media to be agog with the discussion and dissecting the matter. This is despite the fact that the police have already launched an investigation into the matter.

“The House is further aware that the law of Nigeria does not allow for social media trials and matters that are sub judice – meaning before the court or not yet judicially decided – are not to be discussed by the media.”She added,

“The House is cognisant that Section 36(5) of the Constitution of the Federal Republic of Nigeria, 1999 (as amended) provides that every person who is charged with a criminal offence shall be presumed to be innocent until they are proven guilty.

“Thus, so long as Ojukwu has not been proven guilty by a court of competent jurisdiction, she is not to be labelled a criminal or paraded about to conduct a series of interviews on a case currently under investigation. Rather, the police are to conduct a proper investigation and allow the court to consider the matter and make an informed judgment.

“The House is concerned that if Ms. Ojukwu continues to be paraded about for a social media trial, it could affect the determination and outcome of the case as well as amount to a breach of her fundamental right to fair hearing, especially where she is labelled or treated as one guilty of a crime.”

Meanwhile the wife of Late Me. Usifo Ataga has demanded the sum of ₦1 Billion as compensation from a blogger for what she called libellous and malicious reports.

Brenda, also, asked the online platform, Naijaloaded to pull down the report from the website and retract the report, and the retraction must be through the medium and other online news outlets.

Her lawyer, Chief Charles Uwensuyi-Edosomwan (SAN) made these demands in a letter to the Managing Director of the online medium, Mr. Makinde Azeez

The lawyer stated that the publication described his client as a conniving criminal that was part of the plans that killed her husband, father of her children, a most heinous cunning act.

Uwensuyi-Edosomwan described the report as false for labelling Mrs Ataga as a loose woman and a flirt, carrying on extra marital affairs with another Mr. Izu.

On the contrary, Brenda is a wife, mother and highly placed official of the Nigerian government. Uwensuyi-Edosomwan demanded that the story be immediately pulled down.

He also demanded a total retraction of the offending story, to be carried by the platform and other online news outlets.

Man Asks Court to Dissolve his 19-year Old Marriage; Says wife longer allows Him Have Sex with her.