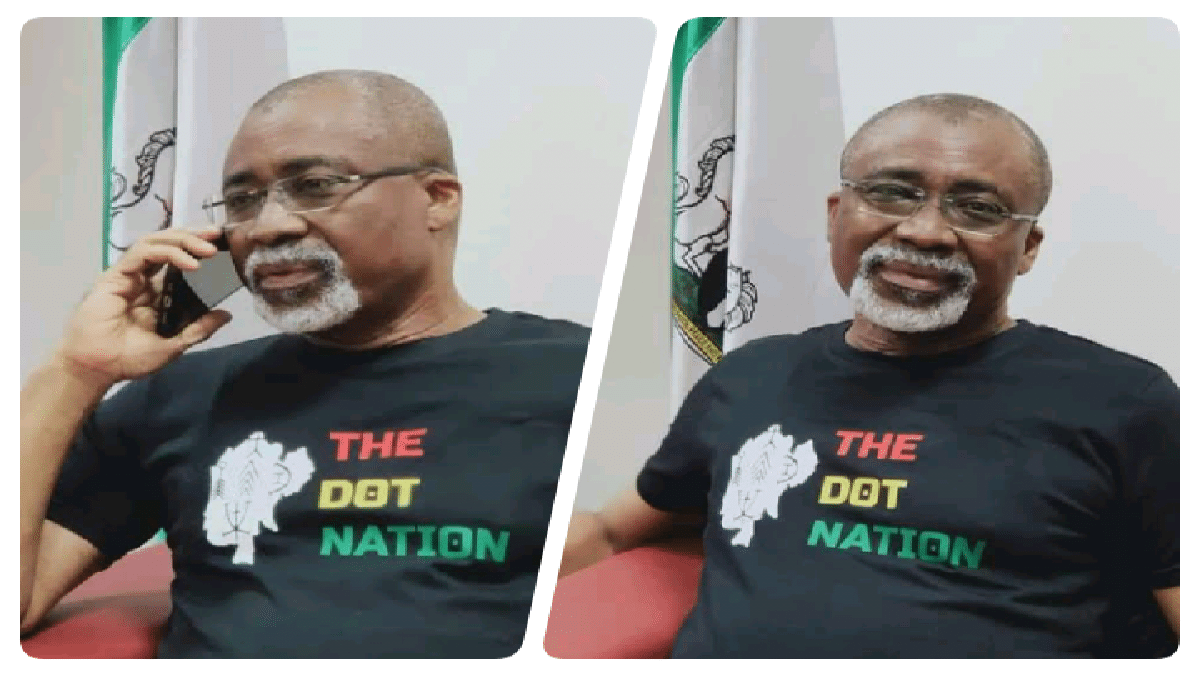 Senate Minority Leader, Senator Enyinnaya Abaribe Tuesday wore “The Dot Nation” T-Shirt to his office in the national assembly to showcase his “Igboness”.

It will be recalled that President Muhammadu Buhari had in a recent interview with Arise TV in Abuja described the Indigenous Peoples of Biafra, IPOB as “a dot in a circle” who would not have anywhere to run to should they secede from Nigeria.

IPOB has been clamoring for self rule outside the Nigerian state, a development the government has vehemently resisted.

Buhari had said: “That IPOB is just like a dot in a circle. Even if they want to exit, they will have no access to anywhere.

“And the way they are spread all over the country, having businesses and properties, I don’t think IPOB knows what they are talking about.

“In any case, we say we’ll talk to them in the language that they understand. We’ll organise the police and the military to pursue them.”

Since making the statement, there had been a plethora of pictures of shirts, caps and other dresses with the inscription of “dot in a circle”, depicting acceptance of the presidential remark.

Apparently, showcasing his Igboness, Senator Abaribe, a known face of the main opposition in Nigeria and critic of Buhari’s administration dressed in the T-shirt to office.

The outfit has however attracted attention and comments especially on social media.