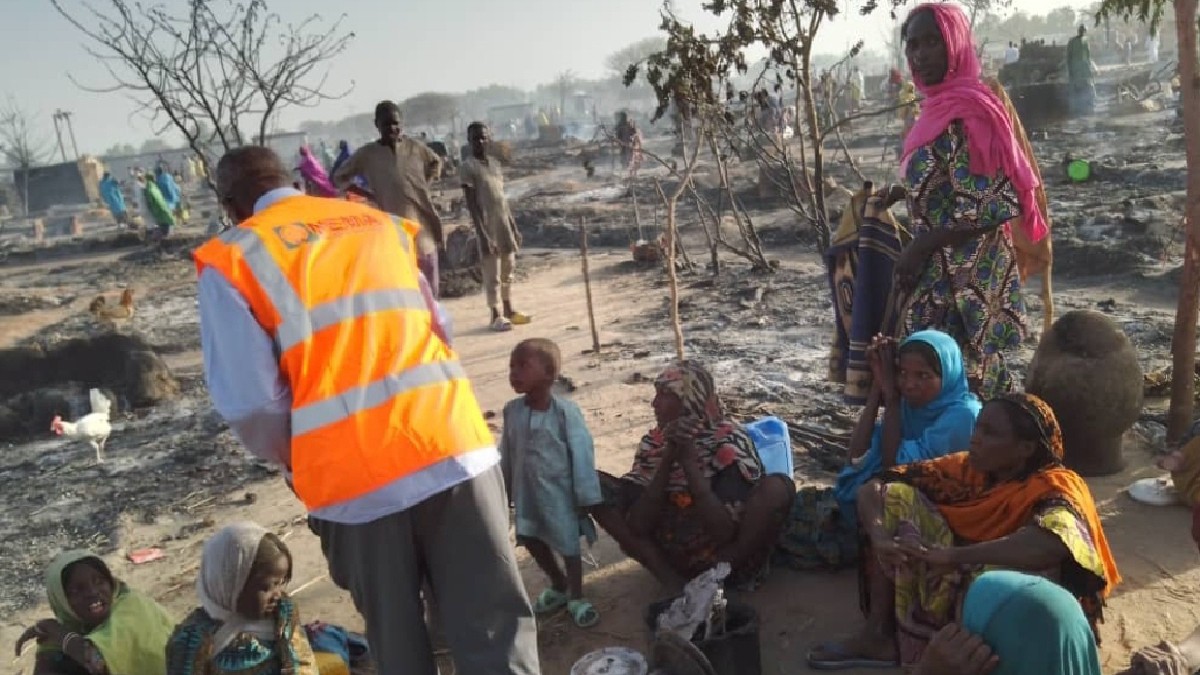 The Borno State Emergency Management Agency has confirmed three deaths in Saturday’s fire at the Muna El-Badawy Internally Displaced Persons (IDPs) camp in Maiduguri, according to the Nigerian News Agency.

During an impact assessment visit to the area, its Director-General, Hajiya Yabawa Kolo, confirmed the dead toll.

At least 3,000 shelters were destroyed, she claimed, and hundreds of families were forced from the camp.

Because there was no fast fire department response in the camp at the time of the event, she said the fire, which started in a tent, burned neighboring shelters.

Kolo observed that fires were growing more common in camps and communities where returned IDPs had been resettled.

She claimed that a similar occurrence occurred lately in Ngirburi Village, Jere Local Government Area, in which two people died.

Kolo stated that the organization was conducting an assessment to determine the extent of the damage, stressing that the victims’ primary needs were food, shelter, and non-food goods.

She said“There have been records of huge losses of food and non-food items as well as animals that were destroyed during the fire disaster.